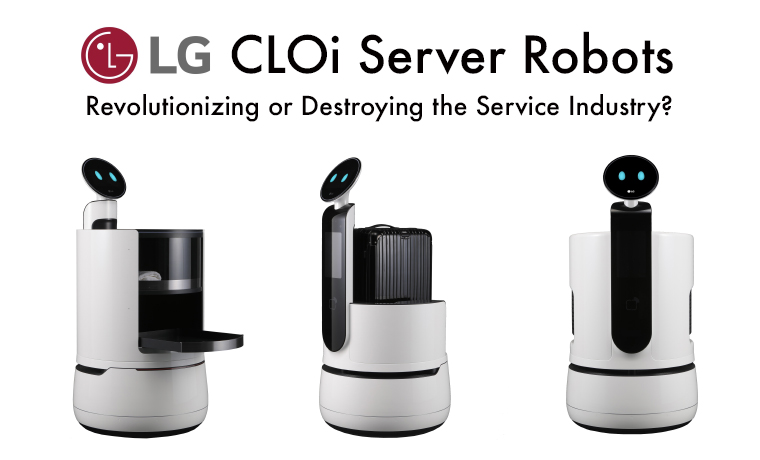 It seems like everyone is making robots these days. Recently, the world was up in arms about the new door-opening dog robots from Boston Dynamics, while others are concerned about tiny, magnetic tumbling robots called MicroTUMS.

But the company that makes the cutest robots has to be South Korean tech giant LG Electronics. Even the names are adorable! There’s Jibo, Kuri, Hub and Mykie, to name a few. They’re part of the new line, called the LG CLOi service robots.

But as kawaii as these machines may seem, LG’s latest line of robots may take the jobs from servers and others who work in retail and service positions. The LG CLOi service robots were revealed at the international consumer electronics show, CES, in Las Vegas at the beginning of this year and they’re designed to be used commercially at airports, hotels, and even supermarkets. 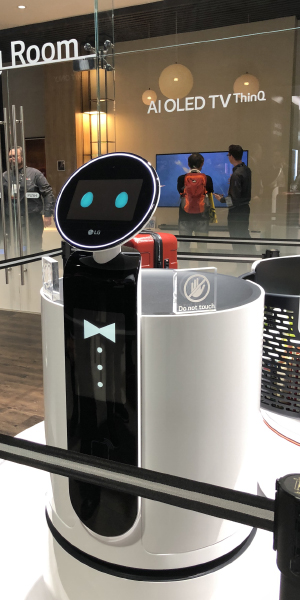 They don’t have cute names this time, however. The first, simply called the Server Robot is able to bring drinks and food to customers. Unlike a human server, it can run for as long as its batteries allow. But how good is it at making a Bloody Mary?

On the other hand, the Porter Robot, is intended to carry your luggage and help your stay at a swank hotel that much easier. “The Porter Robot can also handle express check-in and check-out service and take care of payment, allowing busy guests to check out and have their luggage delivered to a waiting car in a fraction of the time,” LG said in a press release.

Finally, there’s the Shopping Cart Robot. Do I need to explain this one? Well, actually, it is a little more complex than it sounds. Not only can it allow you to view product prices by scanning items using a barcode reader, it will display on its face a complete shopping list. It can also guide you to hard-to-find items in the store using an app. No more hunting for weird spices or that obscure flavor of Doritos! 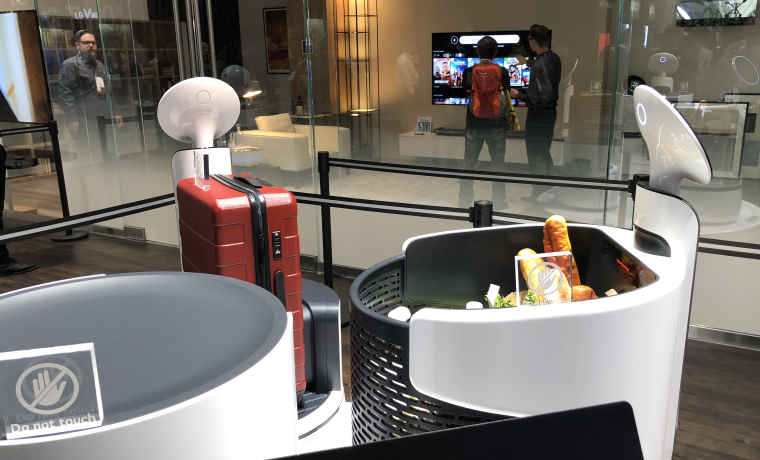 The LG CLOi Service Robots on display at CES 2018

How practical are these bots, really? First of all, they seem pretty expensive, which means they may be confined to ‘luxury’ businesses for the foreseeable future. Human labor may not be as ‘futuristic,’ but it is still pretty cheap.

Could a robot really ever replace a smile or awesome personality that you get with a good waiter or waitress? Applebee’s and other chains have had touchscreen menus for a while — and this is just anecdotal, but does anyone really prefer them? Plus, the Shopping Cart Robot wouldn’t be much use if the store was especially crowded.

Several hotels already uh, employ robots, including the Renaissance Hotel in Las Vegas, which uses Savioke, and Henn na, the famous robot raptor-staffed hotel in Japan. It seems the Porter Robot will be the most practical. However, it can only carry one bag at a time, which you don’t really need a porter for, though if you’ve got a third bag, it can help take the load off!

Some people have said that these robots are really just a promotional gimmick for LG to look cutting edge. That sounds like an opinion, and one lacking foresight at that.

“We estimate that between 400 million and 800 million individuals could be displaced by automation and need to find new jobs by 2030 around the world,” a report from McKinsey and Company, a global management consulting firm, said in November 2017.

That’s just 12 years away — so if that’s going to happen, the robots that are going to take are jobs are going to have to be a little more agile, versatile and especially useful. Our take on it? You’ve got at least a decade before this is a feasible thing — that’s plenty of time to learn a trade, perhaps doing something you’ve always wanted to do.