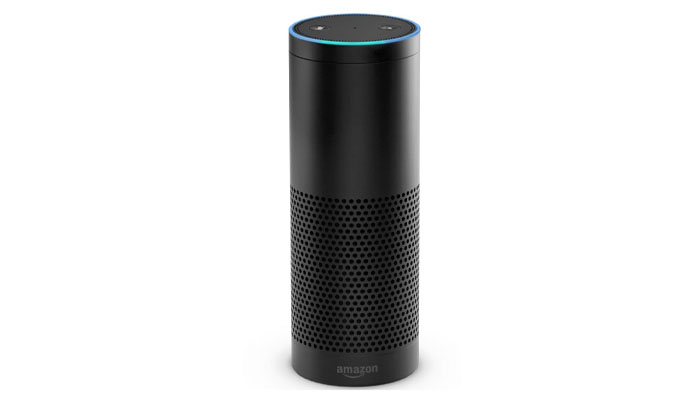 In building their eco-system, Apple’s kept it somewhat closed,  as they have their own standards.   HomeKit is the “home” of those standards for home automation.  If a company wants their device to be HomeKit compatible, it will have to meet the standards that Apple has defined.  Here’s where things get tricky, and why HomeKit / Siri compatible devices are (so far) relatively few:

Apple wants companies to improve their products to be compatible with to HomeKit standards.  For example, you hear people talking about potential security risks relating to your home wifi, and whether some hacker can break into your home system, read your laptop’s data, turn off the alarm system, or whatever, from a hack through your TV set, or your new smart refrigerator, or a smart thermostat.

As I understand it, Apple required smart lock companies companies like  Schlage, Kwikset and Yale, to add additional security to the electronics or home automation interface – if those companies want their products to be HomeKit compatible. 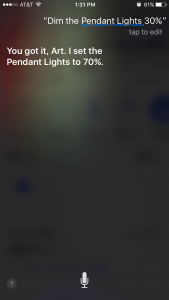 Seems like it takes the better part of a year for some of them to bring out their first HomeKit compatibles, because they have to be re-engineered to meet Apple’s requirements.

In other words, in theory, a home using HomeKit compatible devices may prove to be more secure than one that has the base levels of security we normally have with locks, thermostats, etc.  (Apple’s iOS eco-system is certainly considered much safer than Android’s.)

I think that’s a great thing.  In the long haul theirs, I believe is the right approach, but it’s taking a while and some big players are still “sitting on the fence” having not decided to “play” with HomeKit.  There are far more Alexa compatible products because the demands are less.

So, if you, like me, have a 10 LIFX bulbs now, Siri will likely never be able control them, but soon you’ll be able to buy more, that will be Siri controllable.  In my home, I’ll just relegate the non HomeKit compatible ones to areas where I really don’t care about having voice control (Bedroom closet, where I plan a motion sensor will control on and off… for example.).

I can control my WeMo products, Lightify (Osram/Sylvania) and LIFX lights, Philips Hue, my Ecobee3 thermostat, and most of everything else with Alexa.  but I can’t control those LIFX bulbs, or Philips Hue with Siri, I can’t control the Schlage lock I’m currently reviewing with Siri, but Dave one of my reviewers has the slightly newer version which is HomeKit compatible.

I suspect some, even most of those companies are simply afraid to announce HomeKit before they have products ready to ship, especially if some are otherwise similar products except for the compatibility.  If they announce that a new version of their XYZ product will have compatibility in 3-6 months, some folks will start thinking: “Maybe we should wait?”  That’s a very real consideration for manufacturers.

I tend to encourage all the manufacturer “players” to go for HomeKit compatibility (when I get to meet with them at trade shows) but companies like Belkin (WeMo light switches, motion sensors, coffee pots…), Kwikset, or Samsung (SmartThings Hub – well, we all know about Samsung’s love hate relationship with Apple from years of them suing each other over patents),  and many other companies have not yet announced.

Ok enough about Apple.  Amazon’s solution on the other hand, is here now, works with far more gear, and seems to be equally capable as a Personal Assistant, when it comes to recognizing what you are asking for.

I am controlling a number of products directly with Alexa – by going through a quick and easy process on the Alexa.com website.  It initializes getting permission from your device.  Moments later, you can use Alexa to control.

I’ve got WeMo switches and outlets directly controlled, also my Ecobee3 thermostat, Lightify lights, etc. Philips Hue (via it’s hub) too.  But I also was able to get Alexa working with my SmartThings Hub, so can also control many of the same devices through that way instead.  I believe that pretty well provides access to a whole lot of Z-Wave products.

I routinely use Alexa to turn lights on, lock the front door at night, etc.  As I said, the setup was always quick, and so far, reliable.  As with Siri, it won’t always understand what you say, and there will be far more limits on what you can do, than with an App.

I really don’t worry about Echo/Alexa from a security stand point.  As I see it as more of an accessory, the security falls first, as it always has, to the individual devices and wifi.  Echo is functioning more like a personal assistant, than a parent figure taking a bigger role in some areas.

Even if you are a big fan of Apple’s ecosystem, if you haven’t really begun your journey to becoming a smart home resident, an Echo is a great place to start.  You’ll have fun with it as a streaming speaker system and more, but give it a chance it will hook you on building your smart home piece by piece.  Get a couple of dimmers and outlets, or cooler, some color outdoor (or indoor lighting), that are wifi, and you are in business.  Or maybe you already have something – perhaps Philips Hue.  Being able to voice control them is even better.

But there is a limitation – the Echo is a one room device.  It’s multiple microphones hear very well, but unless you want to shout across rooms, it’s definitely not always where you are.  For that reason Amazon added a remote Tap, and Dot.  I have one of each.  For the original remote, we pick it up to use it, so it’s in a less used room.  The Dot sits where the kitchen and living room meet, and works great in a combined room of almost 900 sq feet!

Hey, I just came up with an Iron Man analogy.  Think of Echo/Alexa as more of a Pepper Potter when she was Tony Stark’s personal assistant, and think of HomeKit/Siri as more of Pepper as the CEO.  They are pretty much doing the same job, but she’s in charge when CEO.

We will continue to add and update about how the personal assistant based eco-systems are growing, getting new capabilities, and comparing as a regular part of our website, in addition, of course to all the reviews of smart products and related gear.  The next part of our A-Z,  is our jump to “Z” where we’ll cover Zigbee, Z-Wave, two standards that integrate products together, and also relate them to others – including Wifi, Bluetooth, and Insteon.