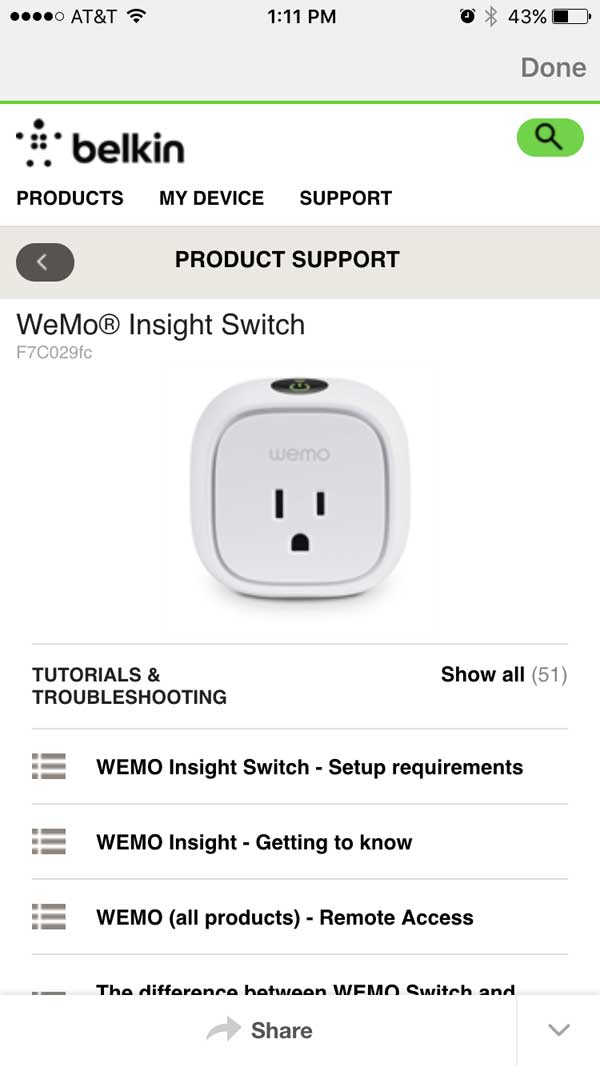 This page of the Belkin Insight 2 Review looks further into features, a couple of minor limitations, and the App.

I previously pointed out that the WeMo app is a single app for all of its devices, not a separate one for the Insight. Tap the Insight icon in the app and it reports on current usage (watts/kw) monthly usage and monthly cost based on the cost per KW that you plug into the App. Of course, first and foremost it’s a “smart” external outlet so that you can power on and off devices plugged into it.

As mentioned previously WeMo makes another smart outlet that sells for $10 less, that lacks the energy measuring abilities.

The WeMo’s current usage capability seems to work very well, and seems reasonably accurate enough for any normal purpose I can think of.  (I haven’t measured vs some other meter, but devices plugged in are indicated to draw pretty much what they claim, such as a 13 watt CFL measuring 12.7 watts.)

The monthly usage however, does suffer from a limitation.  Let me say first, that this is a small thing in terms of dealing with your energy consumption. Here goes.

The Insight does not visibly measure below 2 watts.  That is, if you have a device drawing say .25 watts such as as a device that is turned off – but drawing minimal power so that it will sense a Power on command from a remote control, or a command over over Wifi or Bluetooth or other type, it treats the device as in Standby mode when the Insight is “on.”  Of course, if the switch is turned off. Those devices could not be turned on, by remote or wifi, etc. because the switch is off, so energy usage would be 0.

Now to give you the big picture let’s go back to those Lightify GardenSpot LED lights. Most of the time, the color of the day (ok – color of the night), say a blue-green, is running at about 30-40% of max brightness.

Now if that blue green light is measuring 5 watts at full brightness, then it’s going to be drawing less than 2 watts at 35% of full brightness. Devices drawing under 2 watts seem to mess up the monthly calculations. Of course the Belkin products seem to get updated from time to time, improving the product (and the app), so before I, or you know it, this may be corrected.

Check out this screen shot. 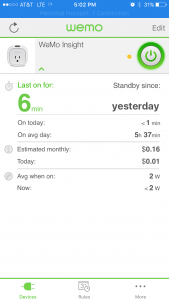 When my outside lights are on, which is every night, they are normally on for at least 5 hours. Yet the App indicates that the last time it was on normally it was on for only 6 minutes. I had been fooling with the color schemes, checking things for this review. It was on as usual, so around that 5 hour 37 minute average, but it said that it was only on for 6 minutes.

Further investigation last night discovered this:  If I set the lights so that the power consumption is <2 watts, the Last On For timer (on the left in green) does not record time.  If I brighten the lights so that they are drawing 2 watts or more, the timer runs as expected, in fact, second by second.

That pretty much is the end of the conversation, and I’ve probably spent more time on it than it deserves, because of this:  Is anyone really going to complain when the only time it doesn’t seem to be accurate is when measuring a device, that even if on 24/7 365, will cost between $1 or $6 per year depending on your incremental electric cost?

I had no issues with the calculations of other devices I’ve measured – other lights, pinball machine, small refrigerator, my Sonos system, etc.

So, the good news:  This issue only seems to occur with devices which draw less than 2 watts when on.

Like all WeMo products I have used and reviewed, setup was straight forward.  If you have ever “included” a new Wifi device, it will be familiar.  It’s about as easy as with any other device that has its own Wifi capabilities.  Unlike some, though, it easily gets you through the simple setup, and returns you to your normal Wifi.  Belkin sends out periodic updates to its devices. You get the chance to allow the updates.  Once you do, it goes to work, telling you you can not worry about it and that you can go and do other things.

Well, as reliably as your Wifi is.  I can’t stress that enough.  You can set turn on and off times, or do it manually, and it always seems to work – unless, of course you are having a Wifi problem.

Having “bulletproof Wifi” is critical for smarter home automation, because even if the devices you are using are Z-Wave, Zigbee, Insteon, or Wifi itself, if you lose your Wifi temporarily, things don’t necessarily work, or at the least, you can’t access via your phone or other Wifi device.  My own Wifi isn’t as bulletproof as I would like, so there are times when I can’t access my WeMo devices, or even my Ecobee3 and Honeywell thermostats.  (Hopefully some not too distant future version of Wifi will be a mesh design – where each new Wifi device added makes our Wifi more bulletproof), just as is the case with Z-Wave (one example).

To make my point:  I have delayed my review of the Sonos speakers I have received (working on it now) for almost a year, because my Wifi, more than occasionally costs me the ability to have it work reliably. I don’t know how many dozens of times my iPhone Sonos app was unable to find the Sonos speaker system.  Not Sonos’ fault, but my old Wifi. (Argh!) BTW that’s embarrassing as well as frustrating, having to bring out a low cost boom box so we can listen to some music in our living room once in a while, is not a satisfactory situation. 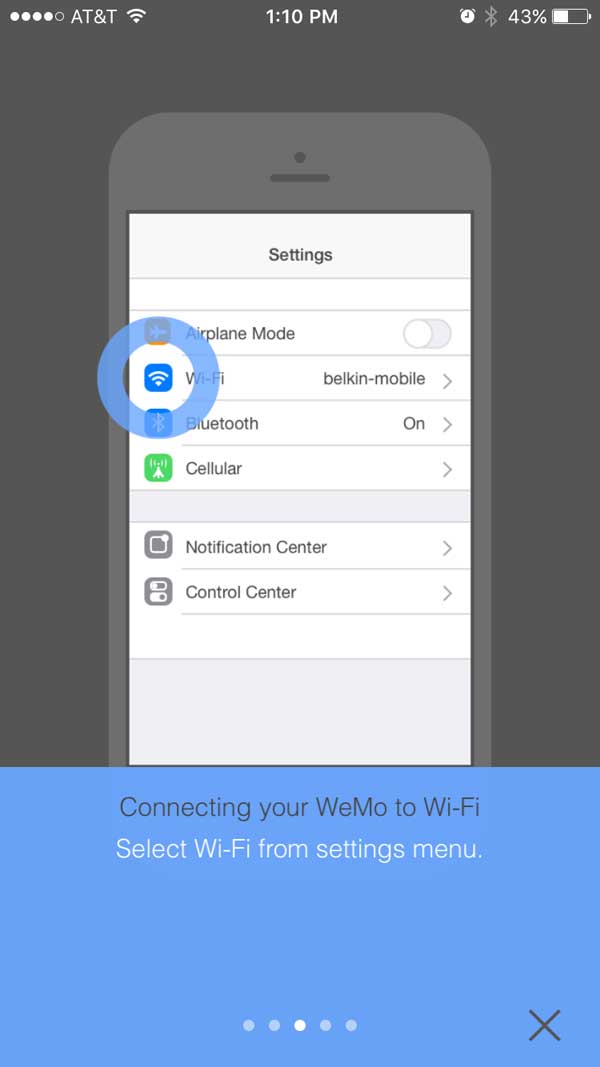 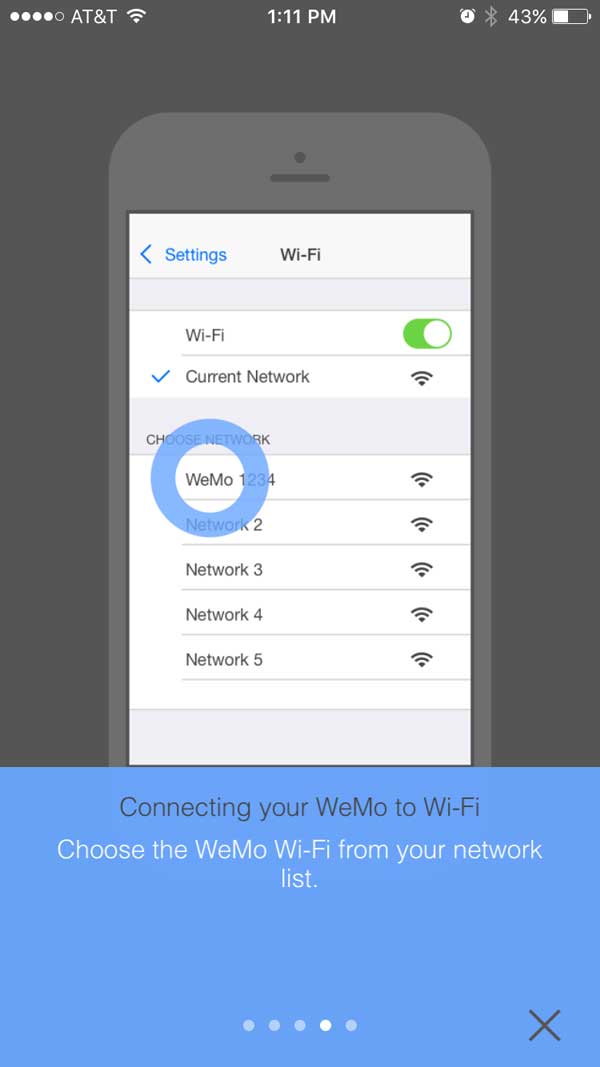 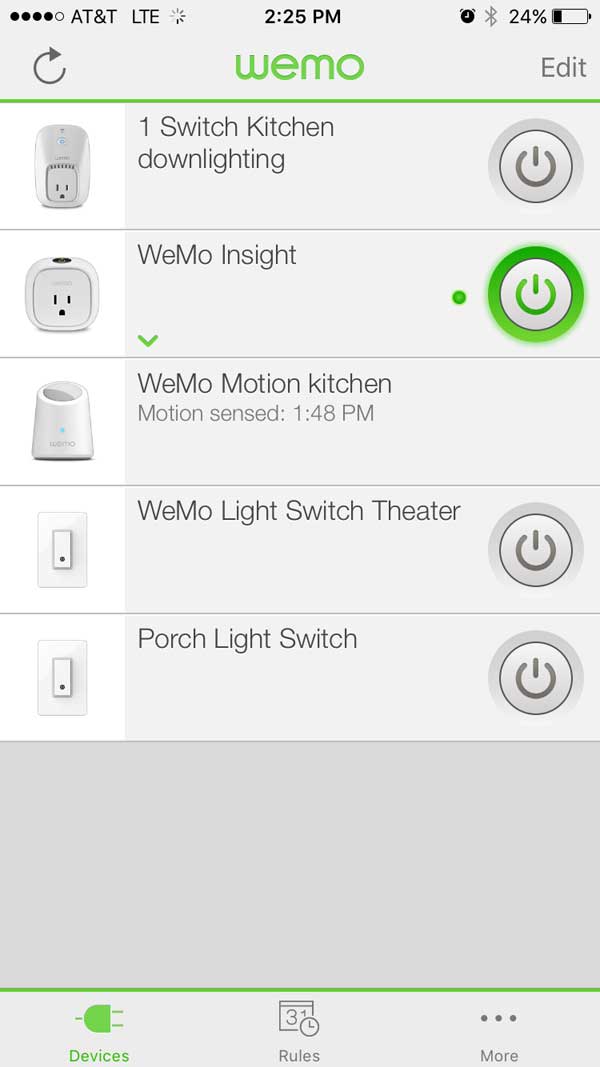 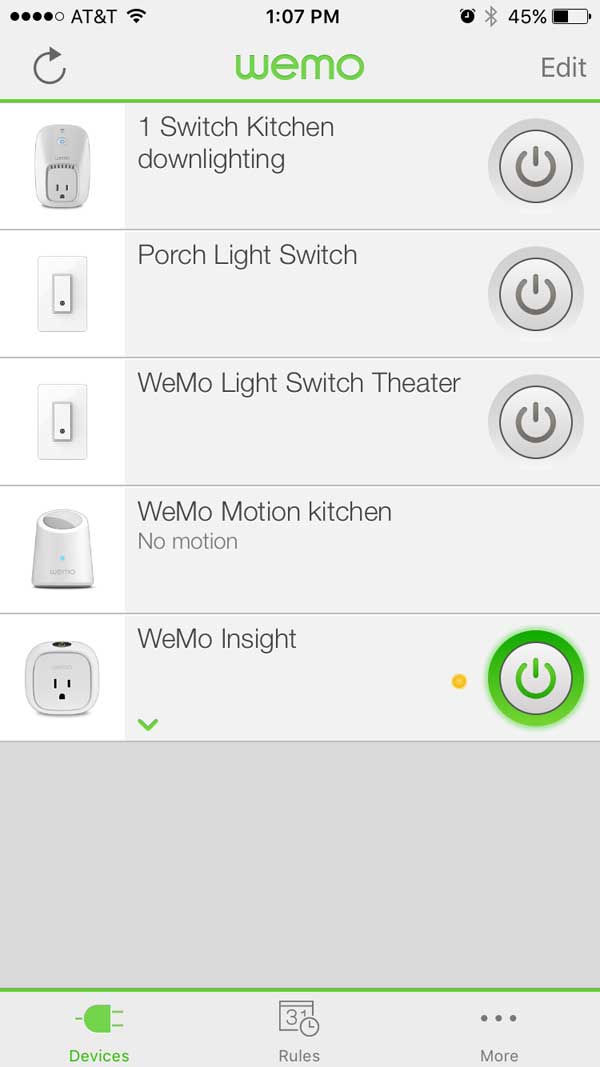 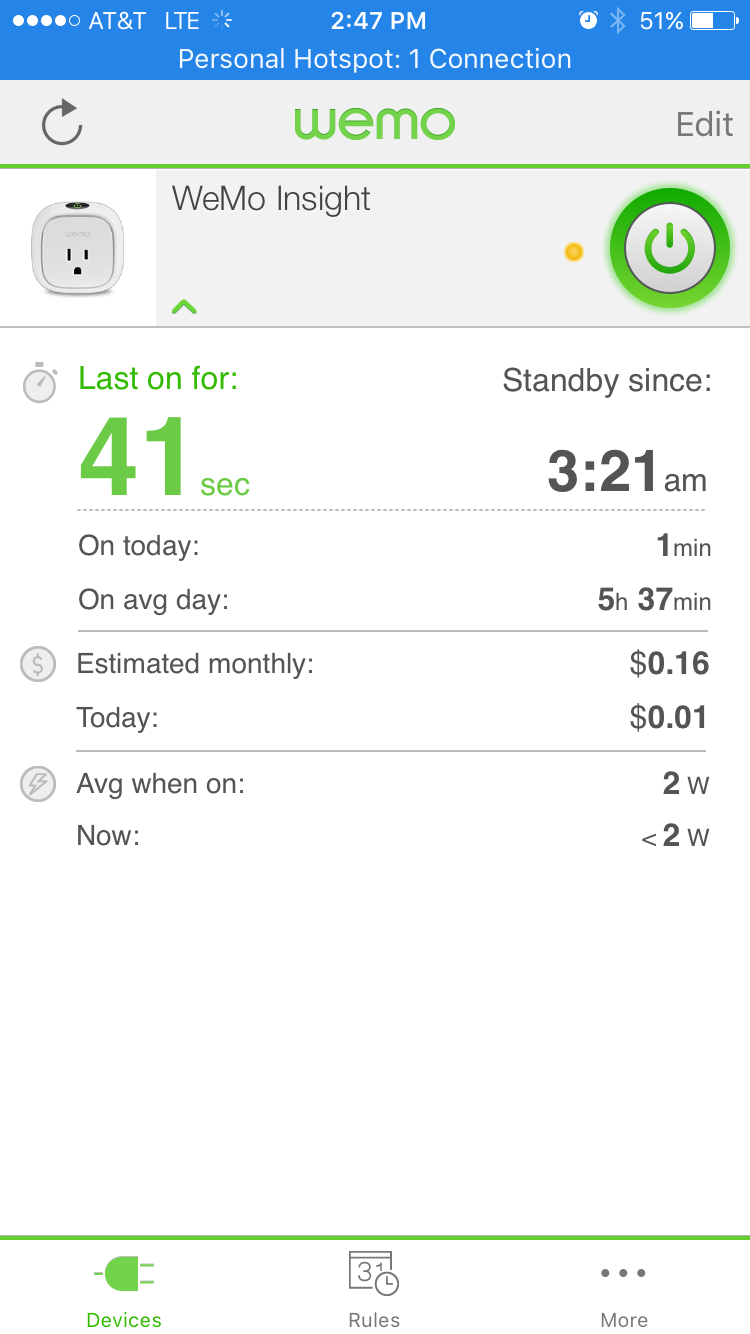 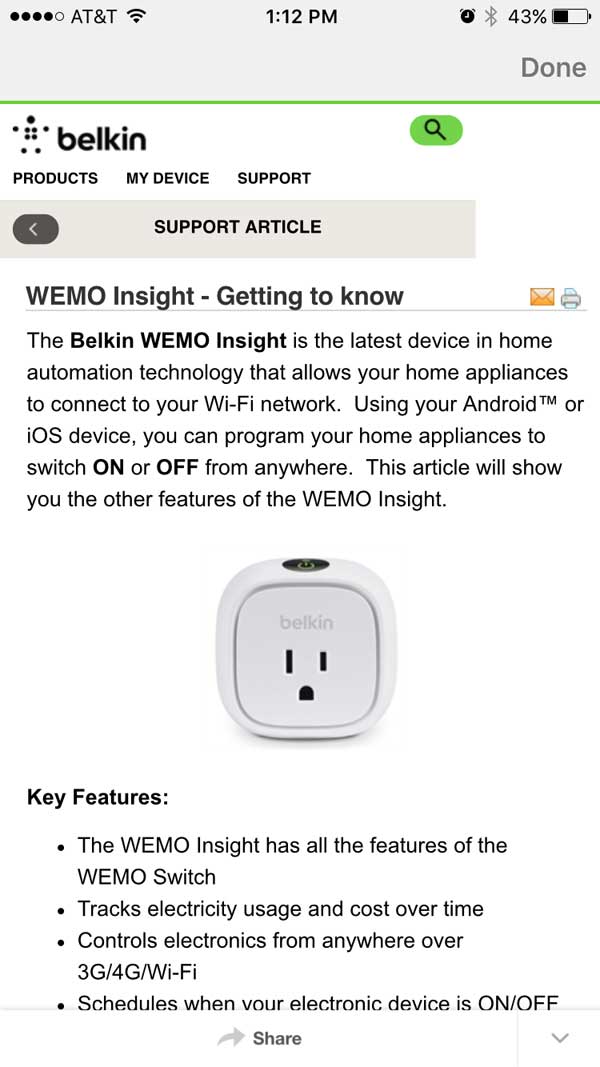 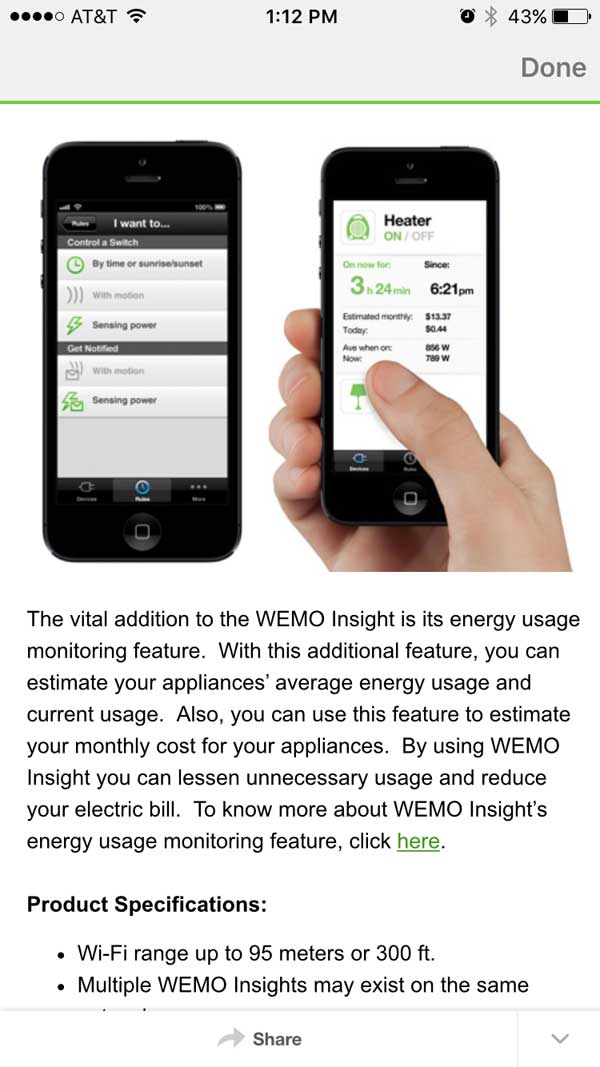 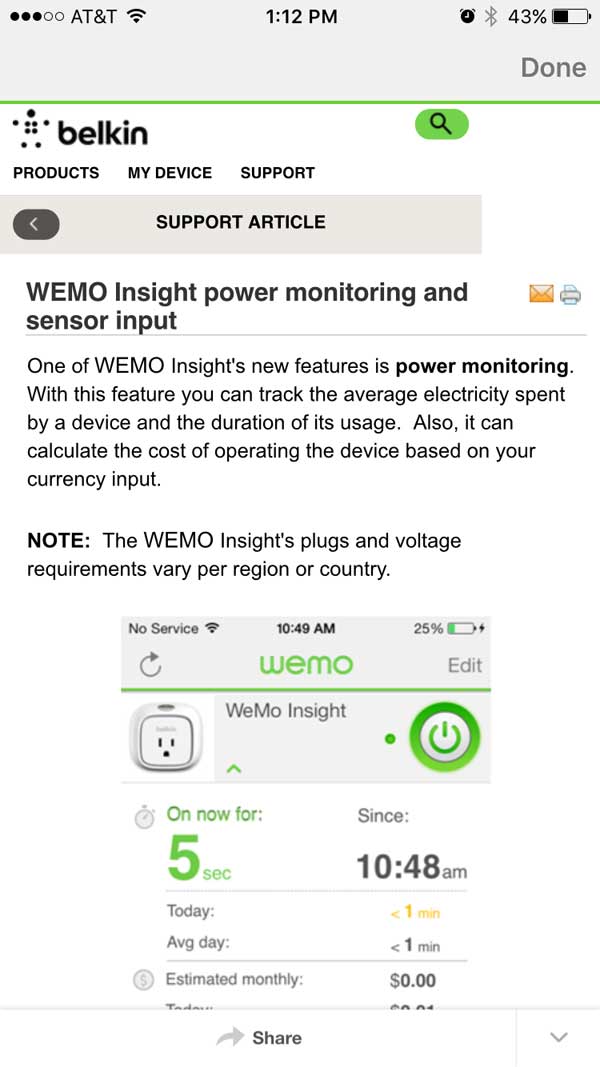