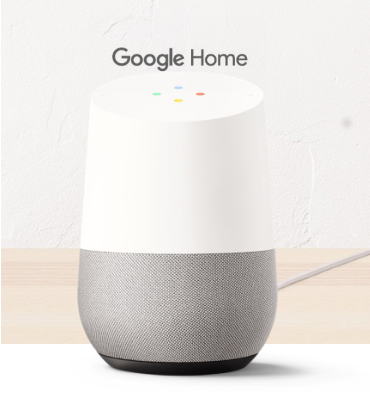 Google Home is coming on strong

Google Home is far more than just a voice activated speaker.  Powered by the Google Assistant,  it offers voice control for your home, your music and your latest binge watching fix. All with the ever expanding knowledge of google. As a result you get access to so much information and functionality, with a minimal amount of setup.

Since its release in November of 2016, it has been gaining momentum and functionality. Doing a great job of increasing services it supports and products it controls. This includes music and video services, streaming devices, smart home products and more.  The list has been consistently growing. You can find Google Home at most stores for $129, there are even specials from time to time.

Google doesn’t need an introduction.  They have become the standard for searching the internet.  Many of us even use them as a verb, as we “google that”.   Google has a large product offering, that reaches many different industries and customers.  They deliver social media solutions, software solutions and hardware accessories.  Some of these include Google Docs, Chromecast devices, YouTube and so many others. Now Google Home brings the power of the Google Assistant into your home as a modestly tagged voice controlled speaker. 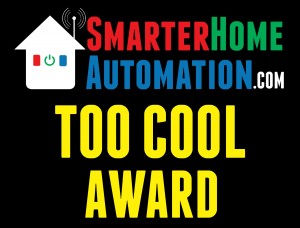 This award goes out to products that work well, are very functional. Consider this a 4 to 4.5 star award or an Editor’s Choice.

Google home is so much more than just a voice controlled speaker. Another Google product that seems so simple and delivers so much. It wasn’t the first home assistant, but it sure brings a lot to the table.  In this review, I will go through setting up the speaker and connecting to your smart home.

I will also go through the features and benefits I have come to love about Google Home.  As I got to know this new member of my house, it quickly became a welcomed addition.

Read on, learn about the features and uses as well as why Google home and its buddies have added a whole new dimension to entertaining.

The Google Home speaker was enjoyed so much it has received the SHA Too Cool Award!  I am sure you will agree as you read on. I was very surprised by some of the features that for me added a lot of value and fun.

In this review I will cover

Setting up your new assistant

The first step to any new addition to your home automation system is setting it up. It doesn’t matter if its a light bulb or a door knob. There are a lot of great devices out there that really make it easy to integrate it into your home. Google is definitely no slacker.  I had the Google Home setup in just a few clicks.

If you would like to browse through the initial setup process, its just a couple clicks away below, you can follow it step by step in the picture viewer. The setup process was very easy. As with most smart home products, the process is pretty simple. You plug it in.  Download the appropriate app.  Add the product to your wireless network.  Then configure your settings.

The Google  app makes this really easy to do. I had no problems getting it up an running in just a couple minutes. Right after I opened the Google Home app, there was a message telling me that there was a new Google home ready to be setup.  There was even logic in the app that informed me that my phone was on a different wireless network than the Google Home I was setting up.  Then after setting up the Google Home, it switched my phone so that I could begin casting. 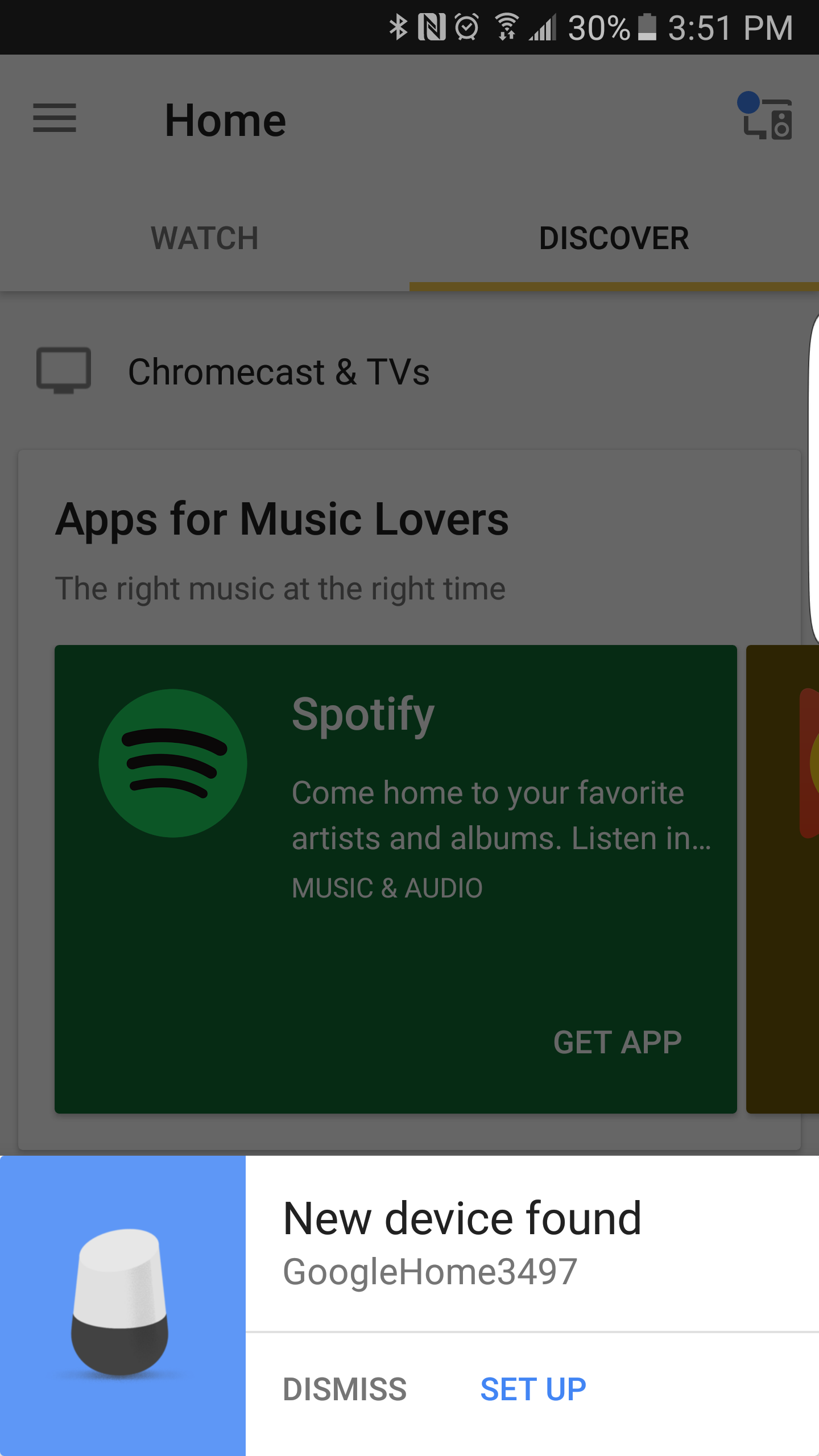 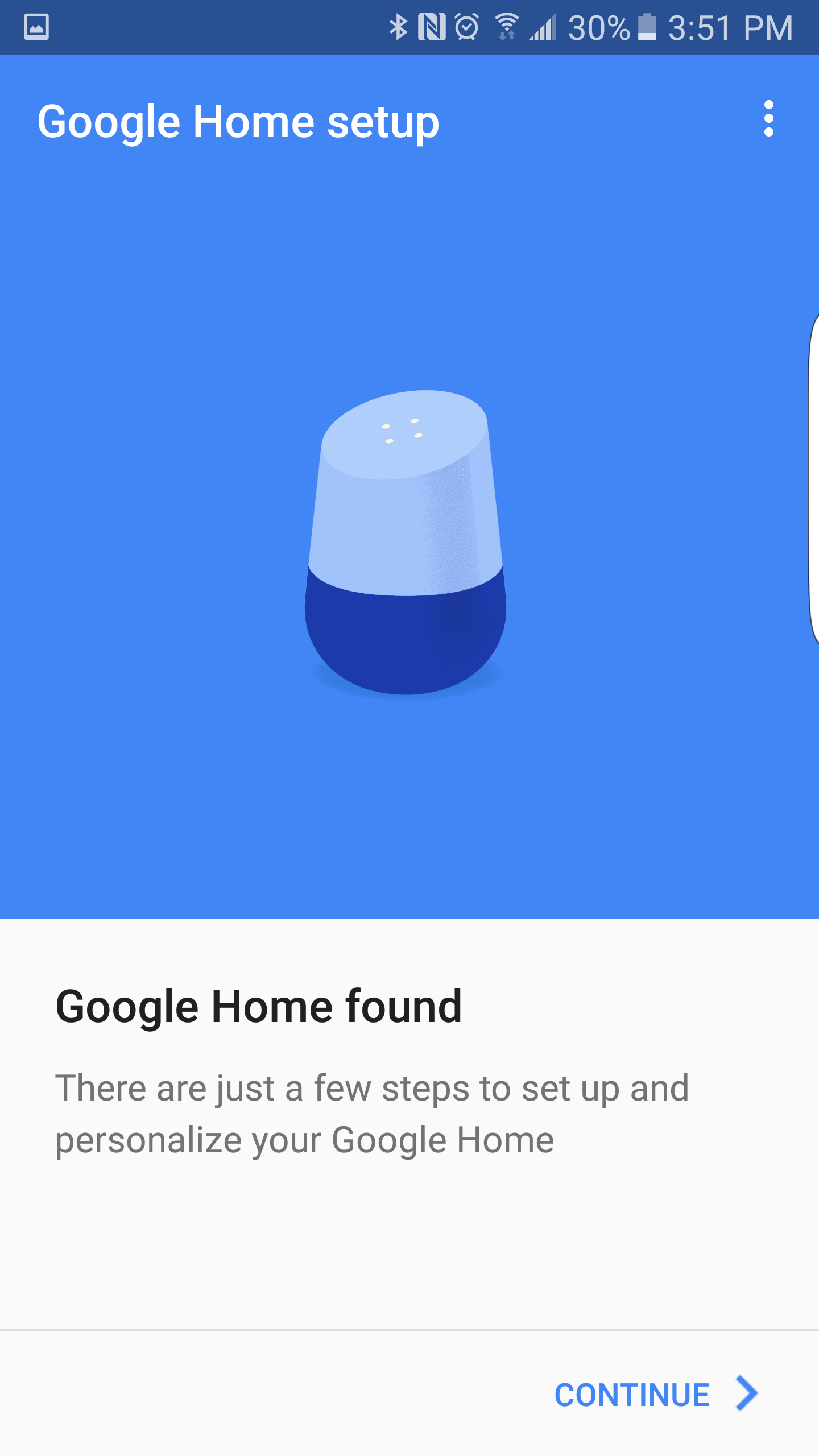 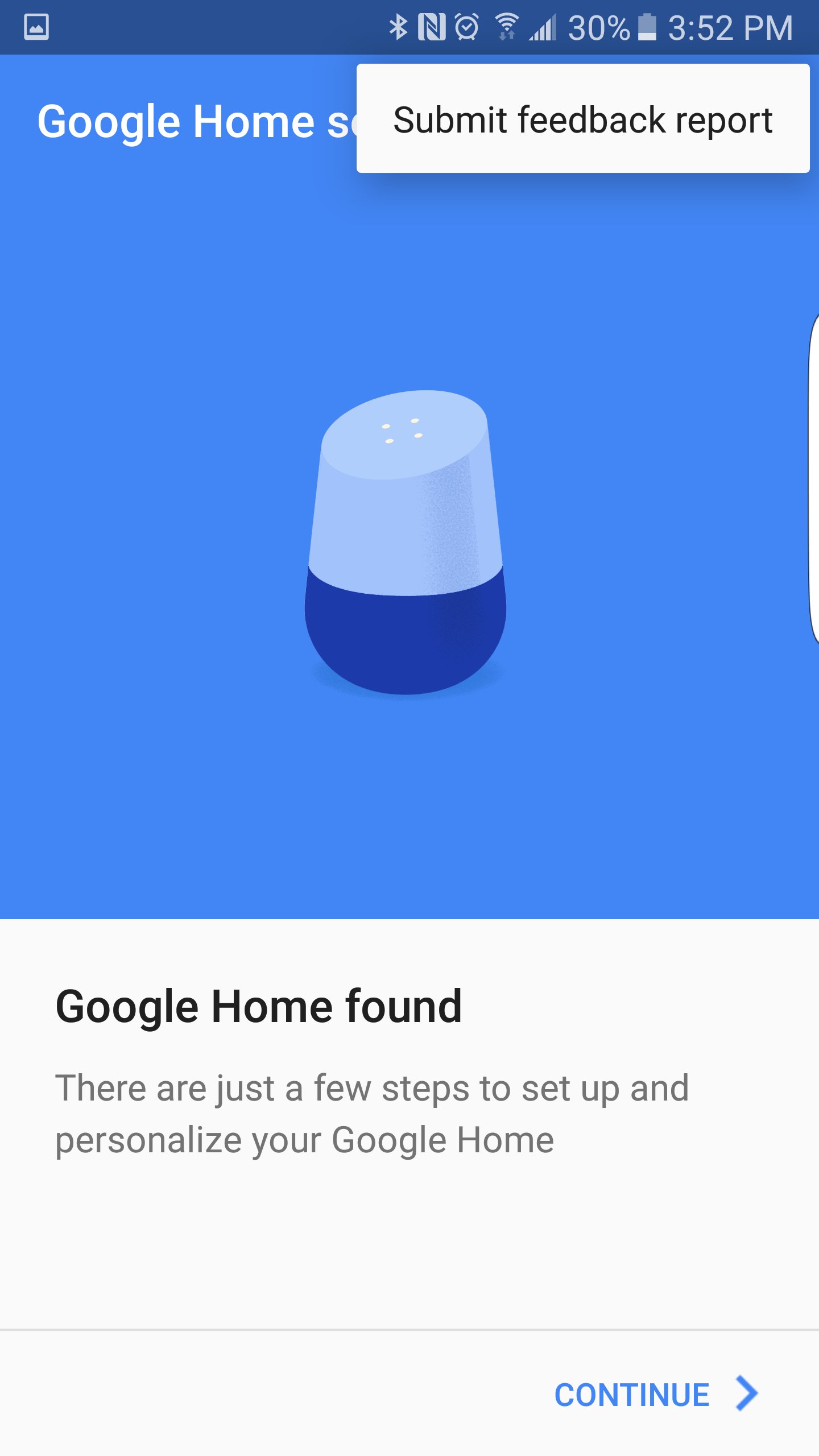 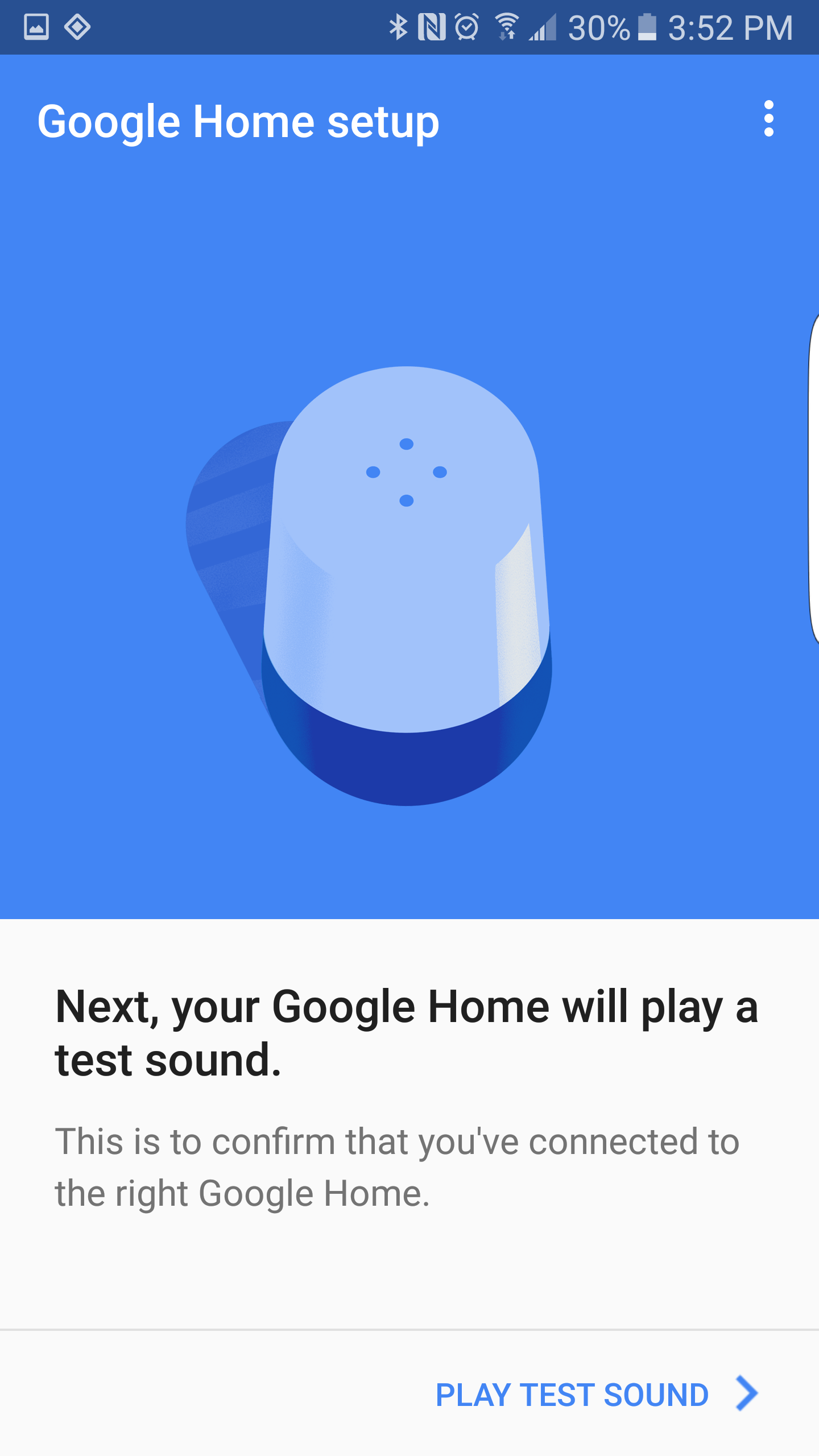 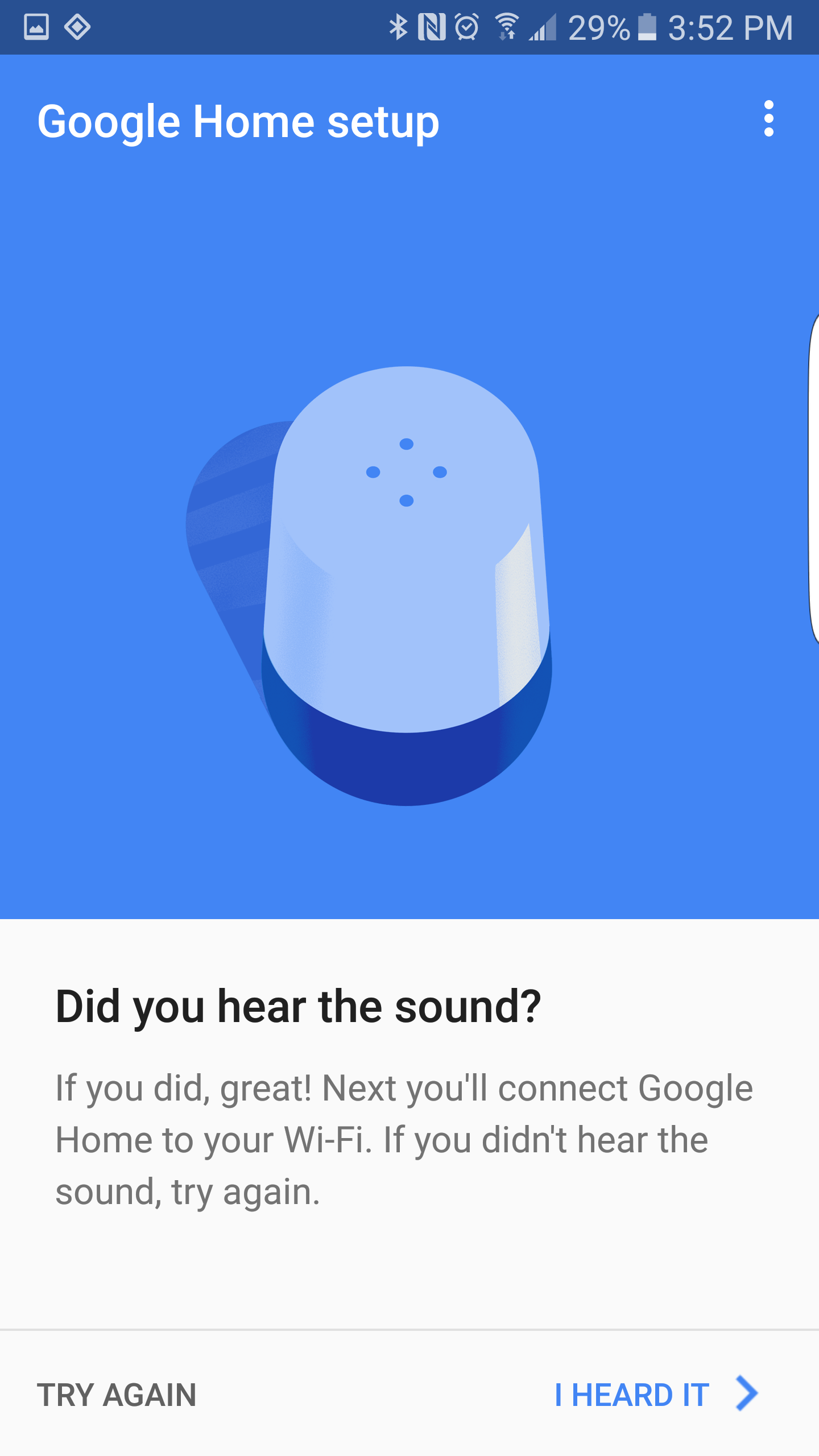 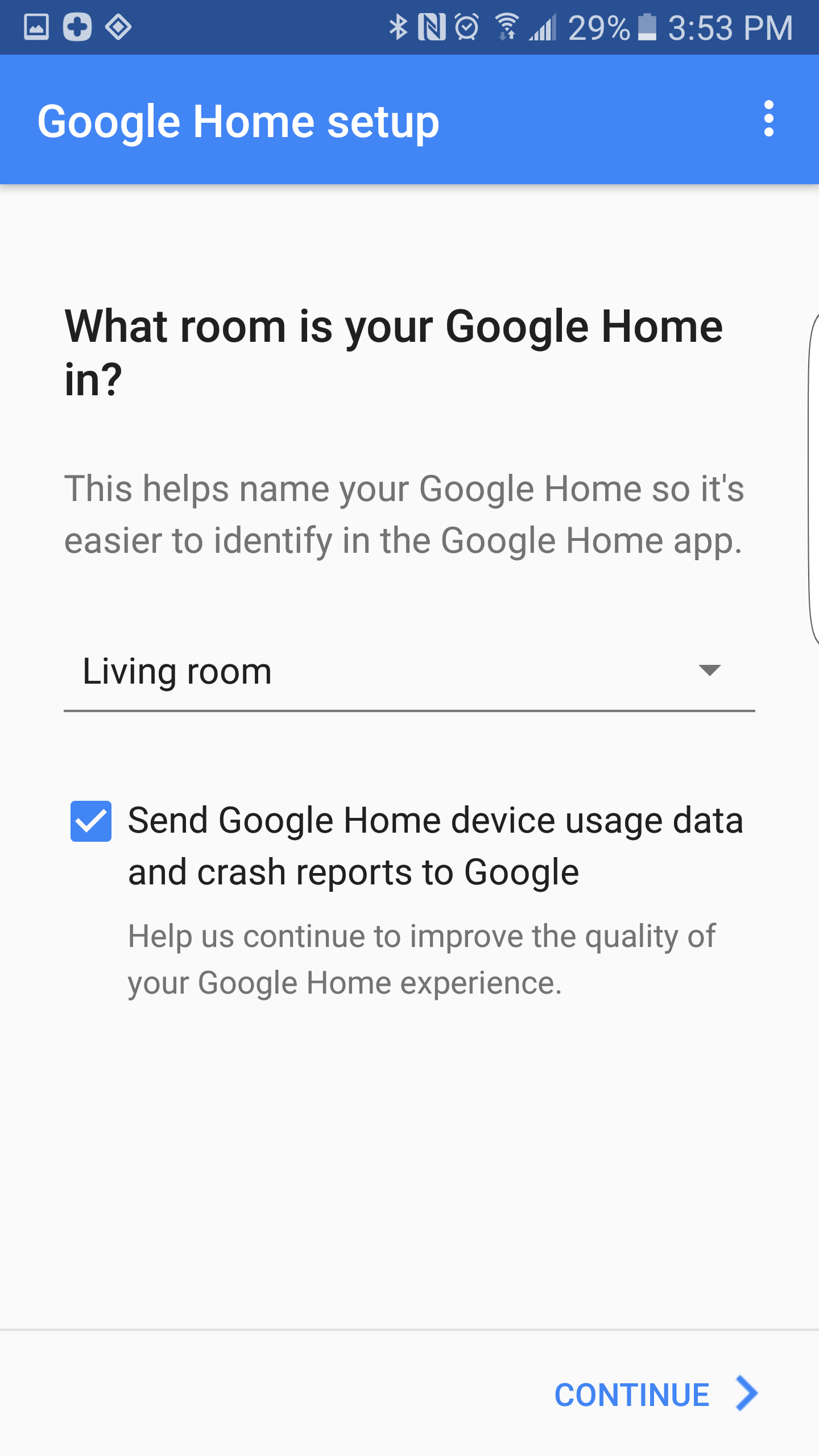 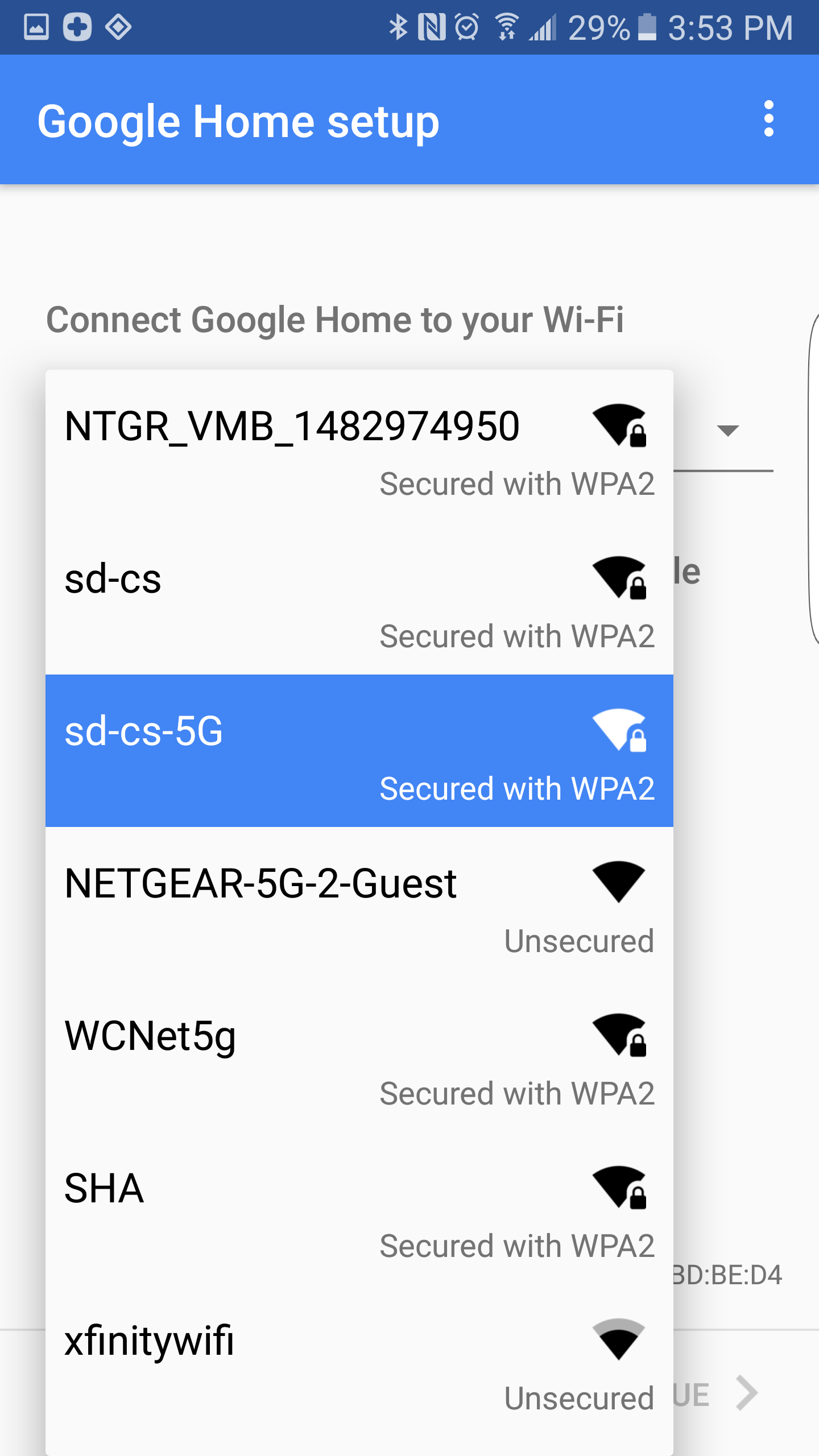 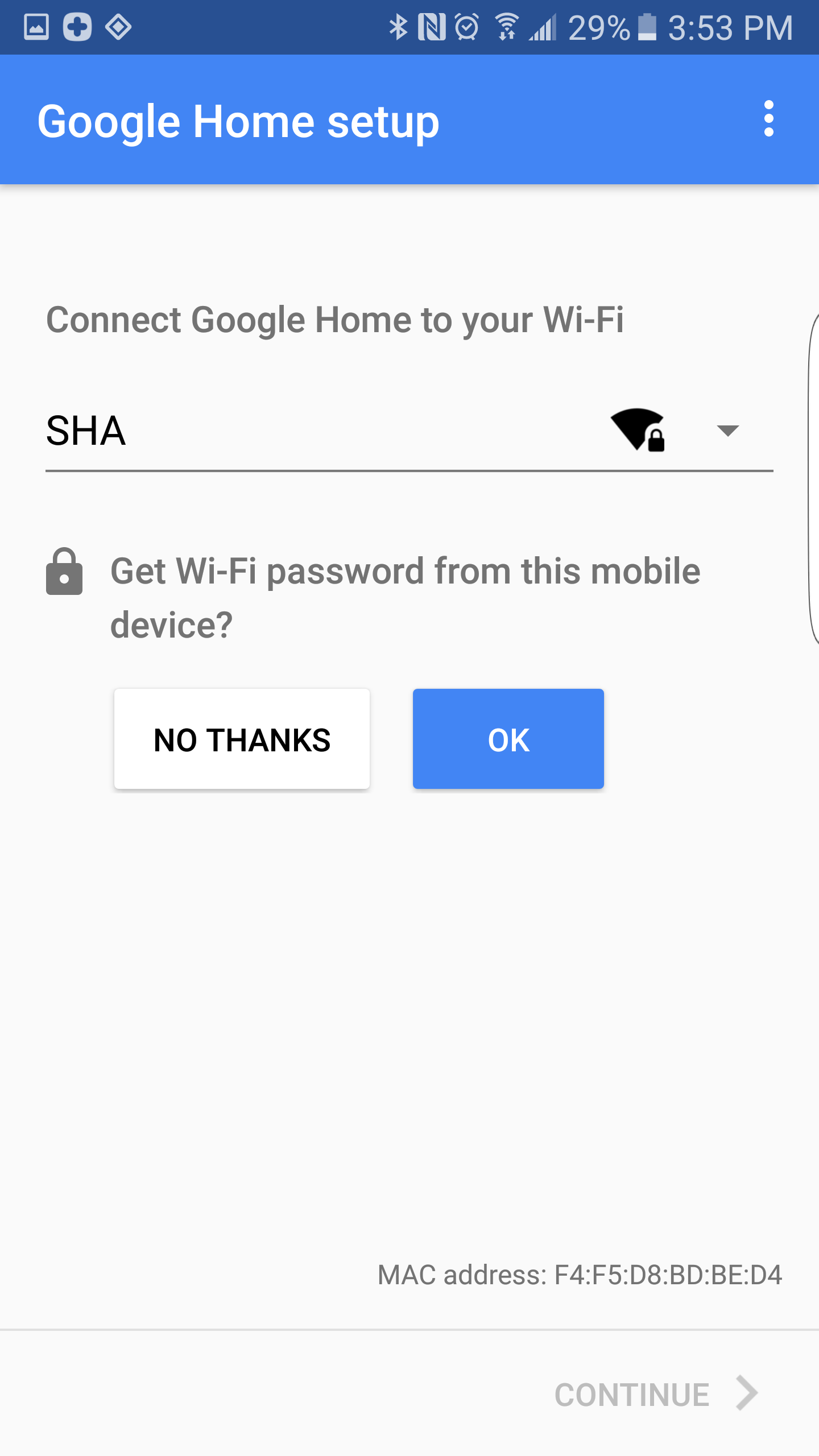 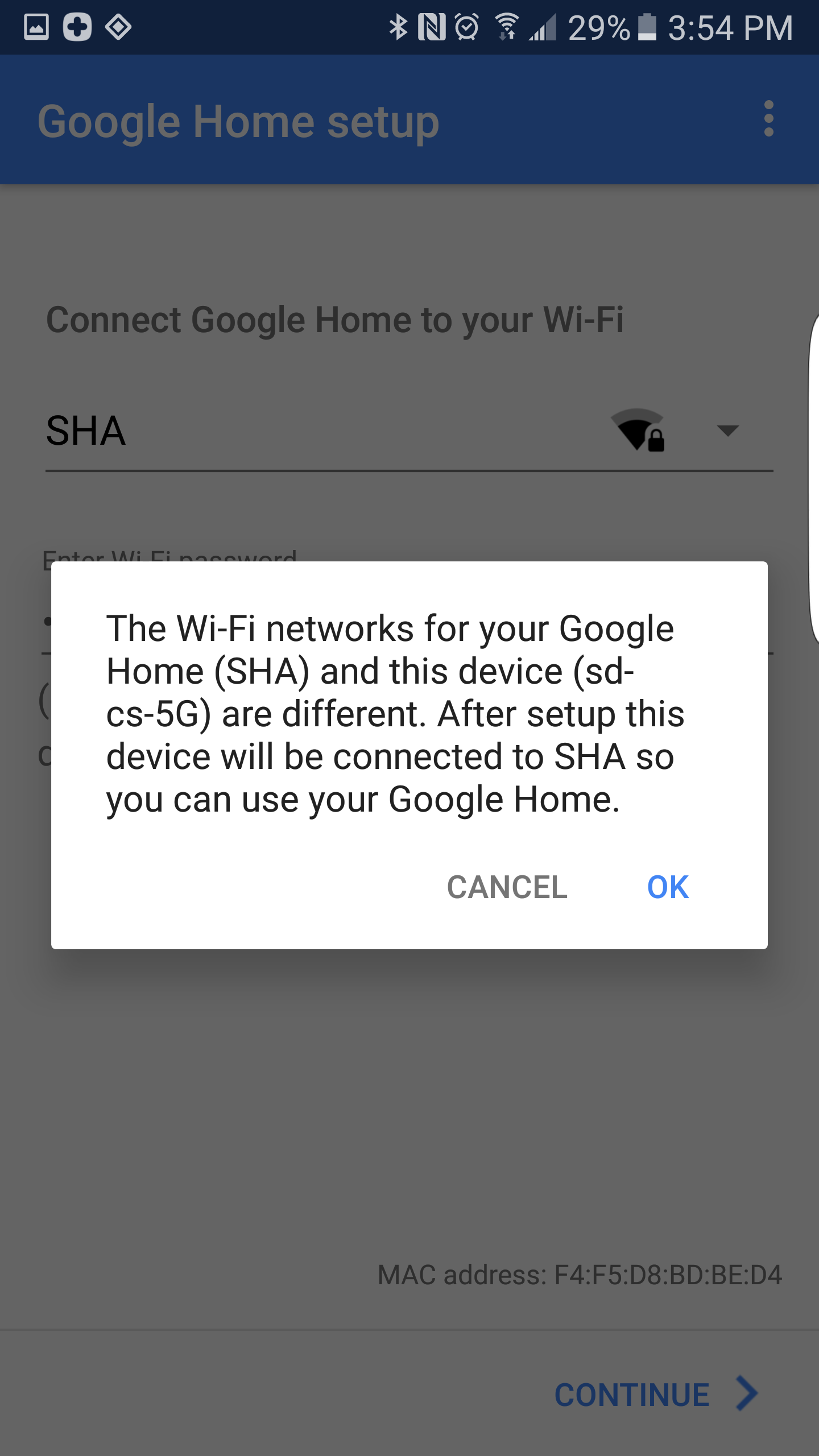 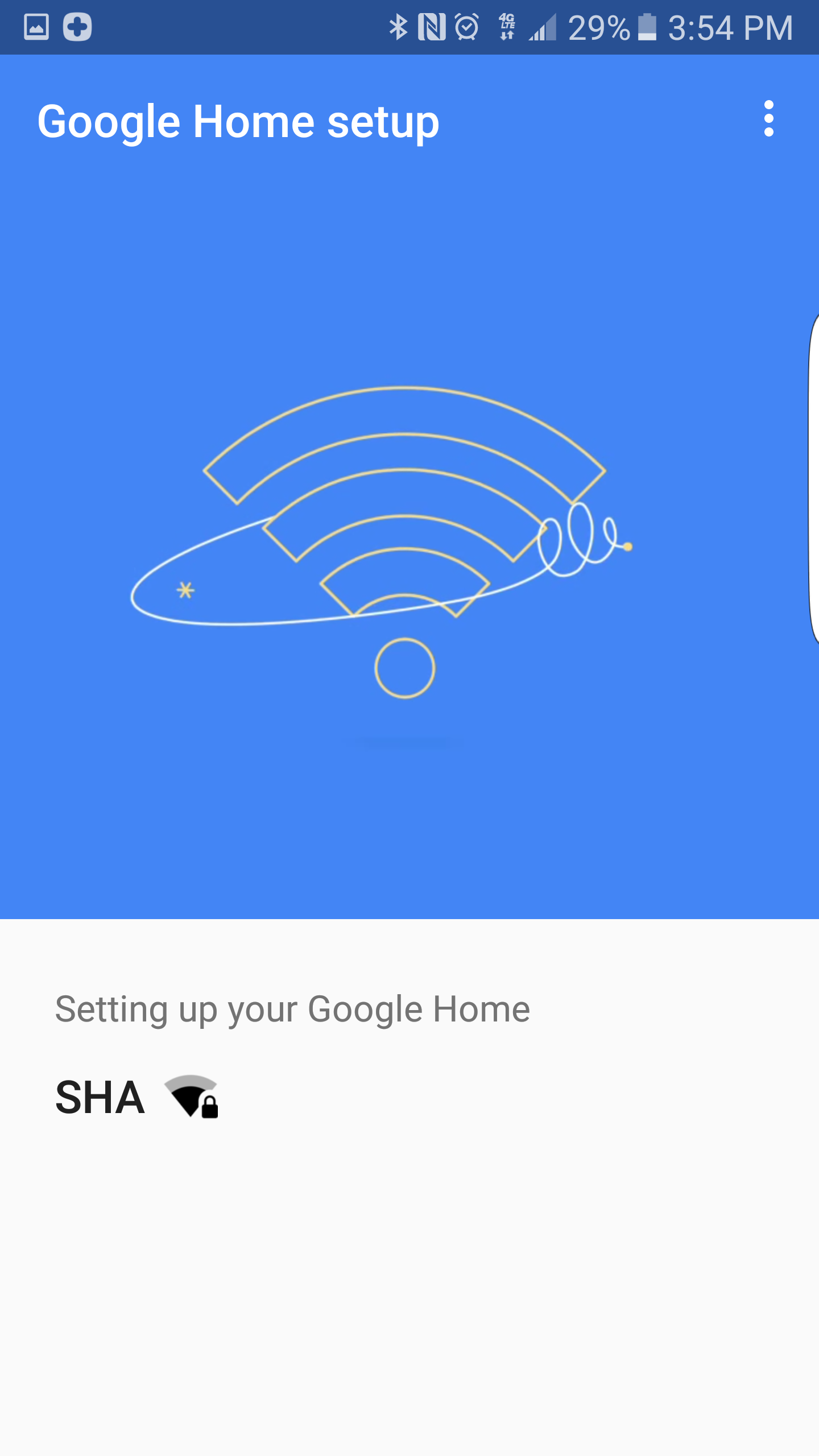 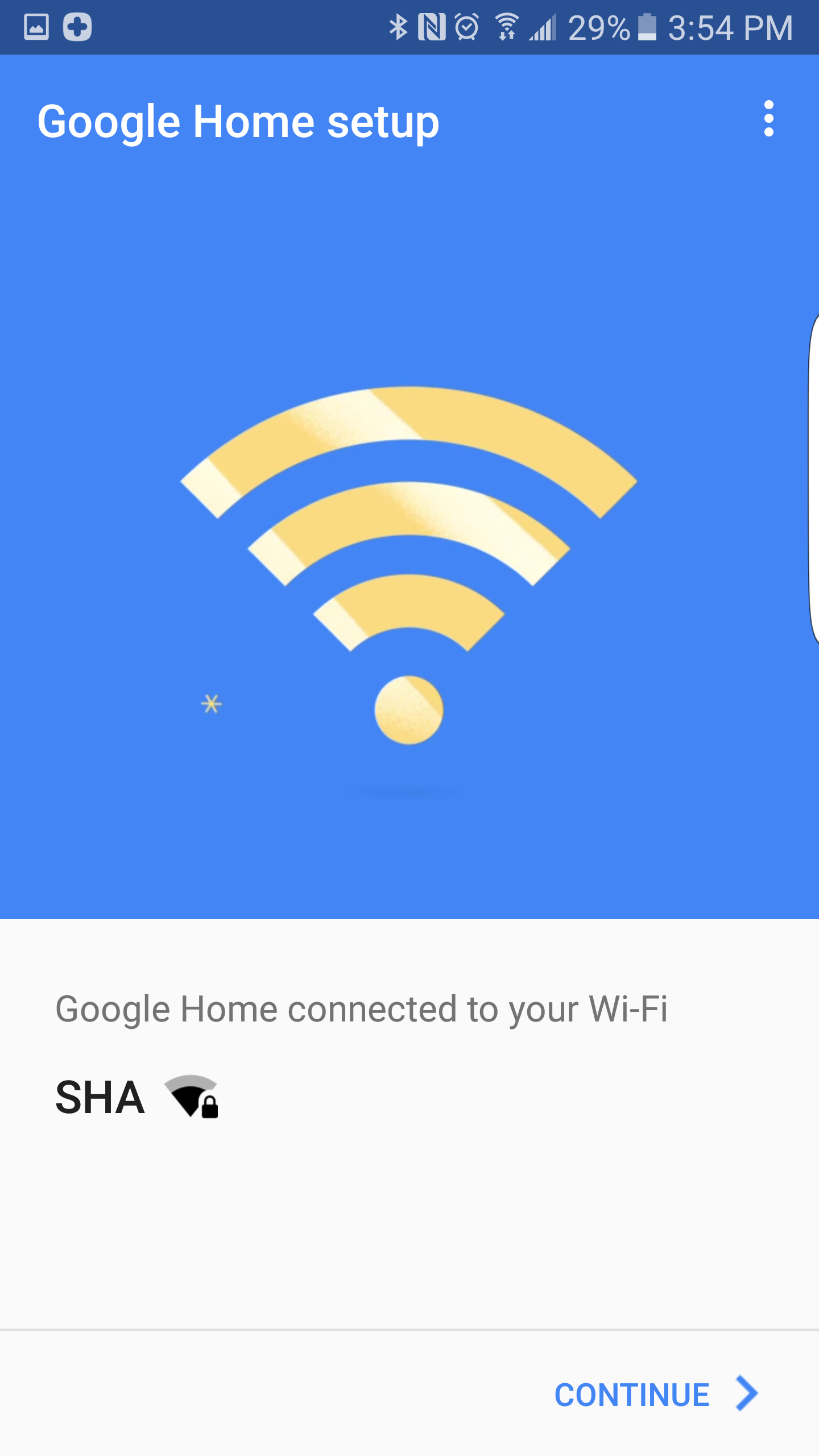 Once I had configured the hardware and had Google Home on my network. It was time to setup the Google Assistant. Who, after all is the brains behind the operation.

If you are an android user, you may already be familiar with the Google Assistant. You can initiate it by saying,  “OK Google”. The assistant will start up and ask you what it can help with.

You will be happy to know that is the same Assistant that runs Google Home. Which is good news for those of us that are android users.  Now you can control your smart home from your phone as well as your Google Home speaker.

As you configure your Google Assistant, the questions are pretty similar to what you would expect.  If you have used other personal assistants they all would like the same information.

Recently Google released support for up to 6 accounts. Providing some voice control.  It would be possible for someone to hear whats on your calendar, or to ask google to cast some of your photos to a local device. If you have very similar voices. So similar that the Google network can’t tell them apart.

I don’t know about you, but my Google Home is in my house and this is of little concern to me. I am sure other types of products expose similar possibilities.

I think we will all look forward to the not so distant future where there will be more voice recognition on a personal level. Allowing you do set permissions and priorities by accounts which are all linked to the individuals voice.

Below you can step through the next part of the process. After getting the hardware connected to your network, its time to setup the smarts in the Google Home. 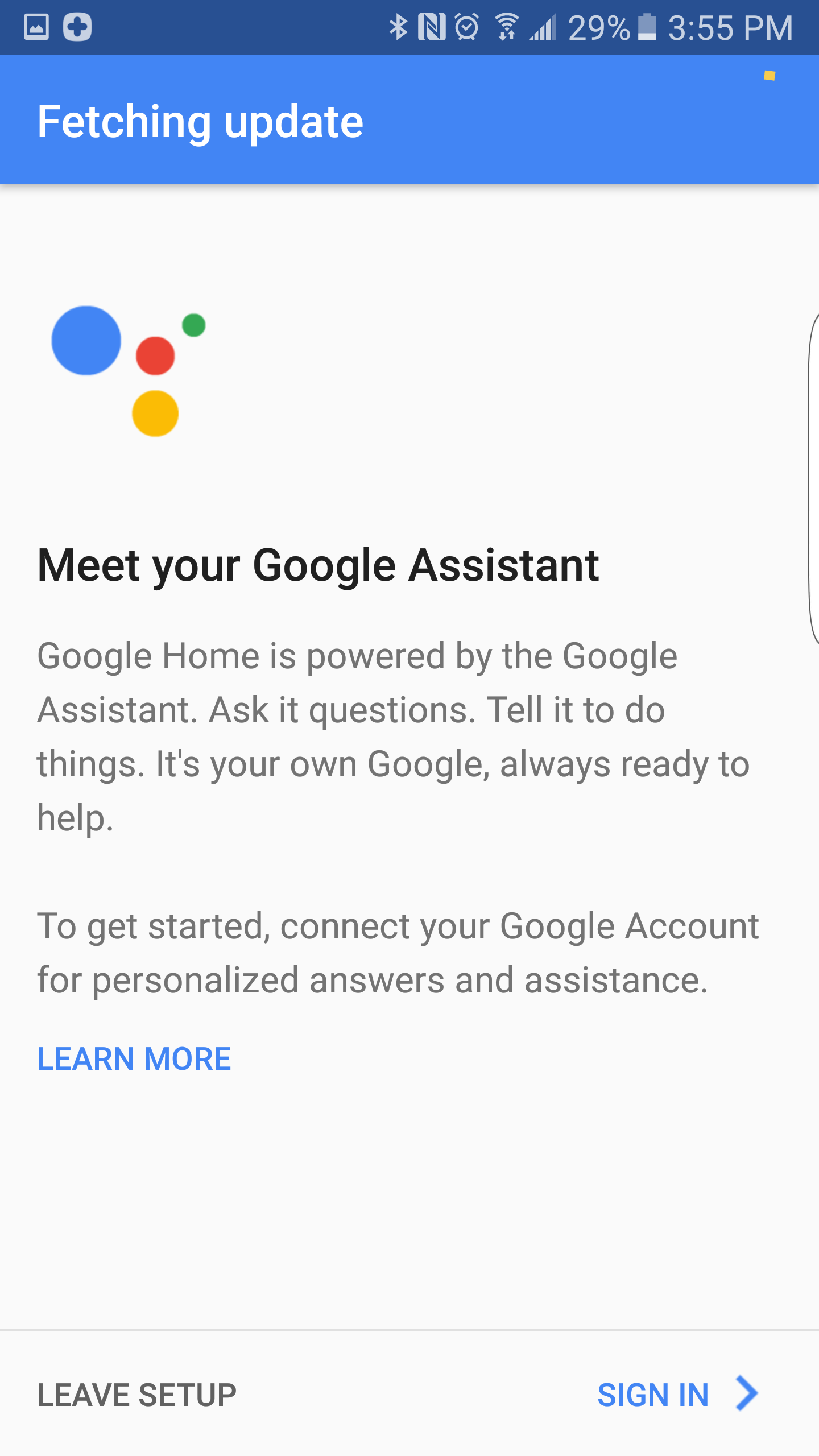 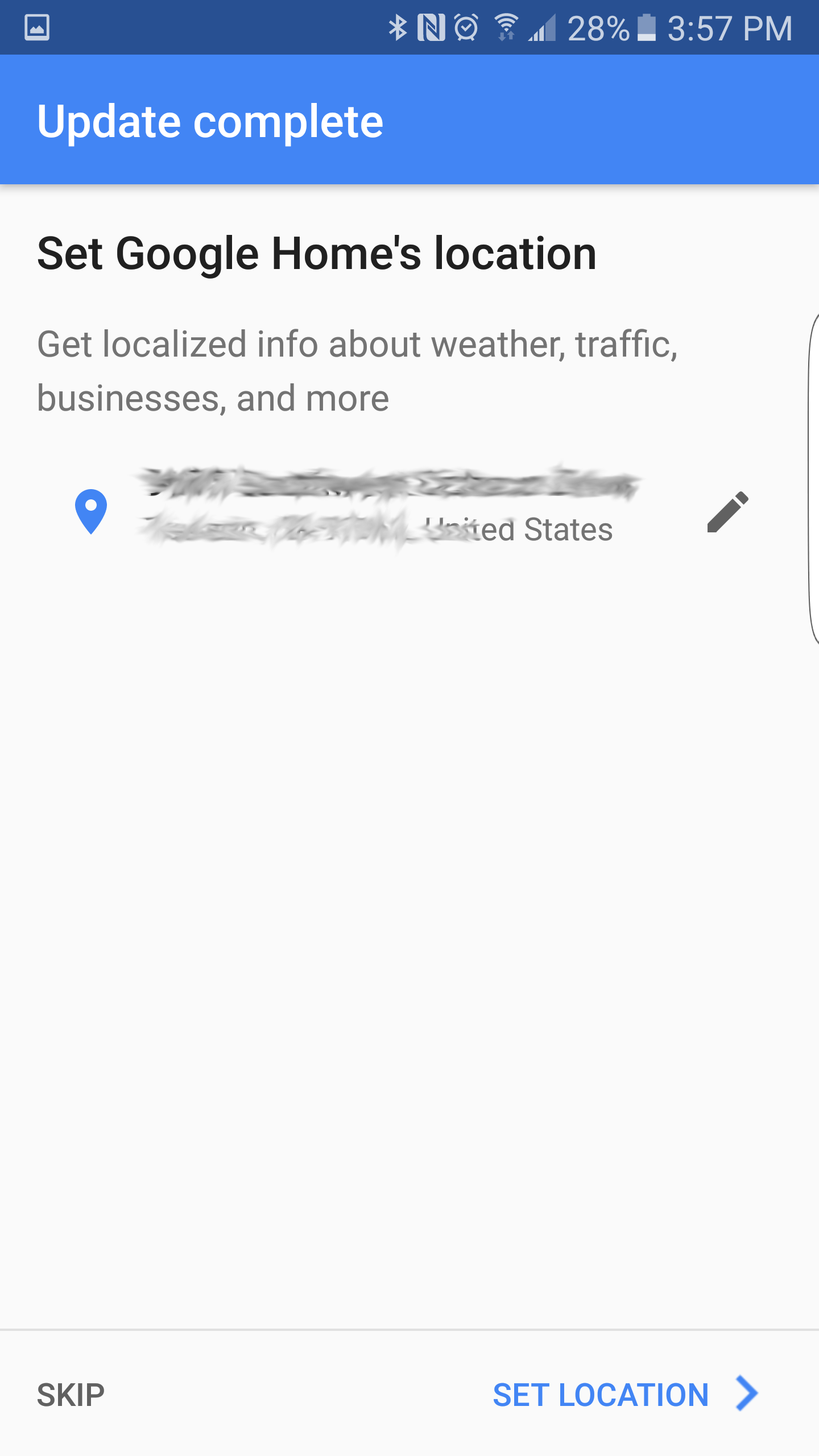 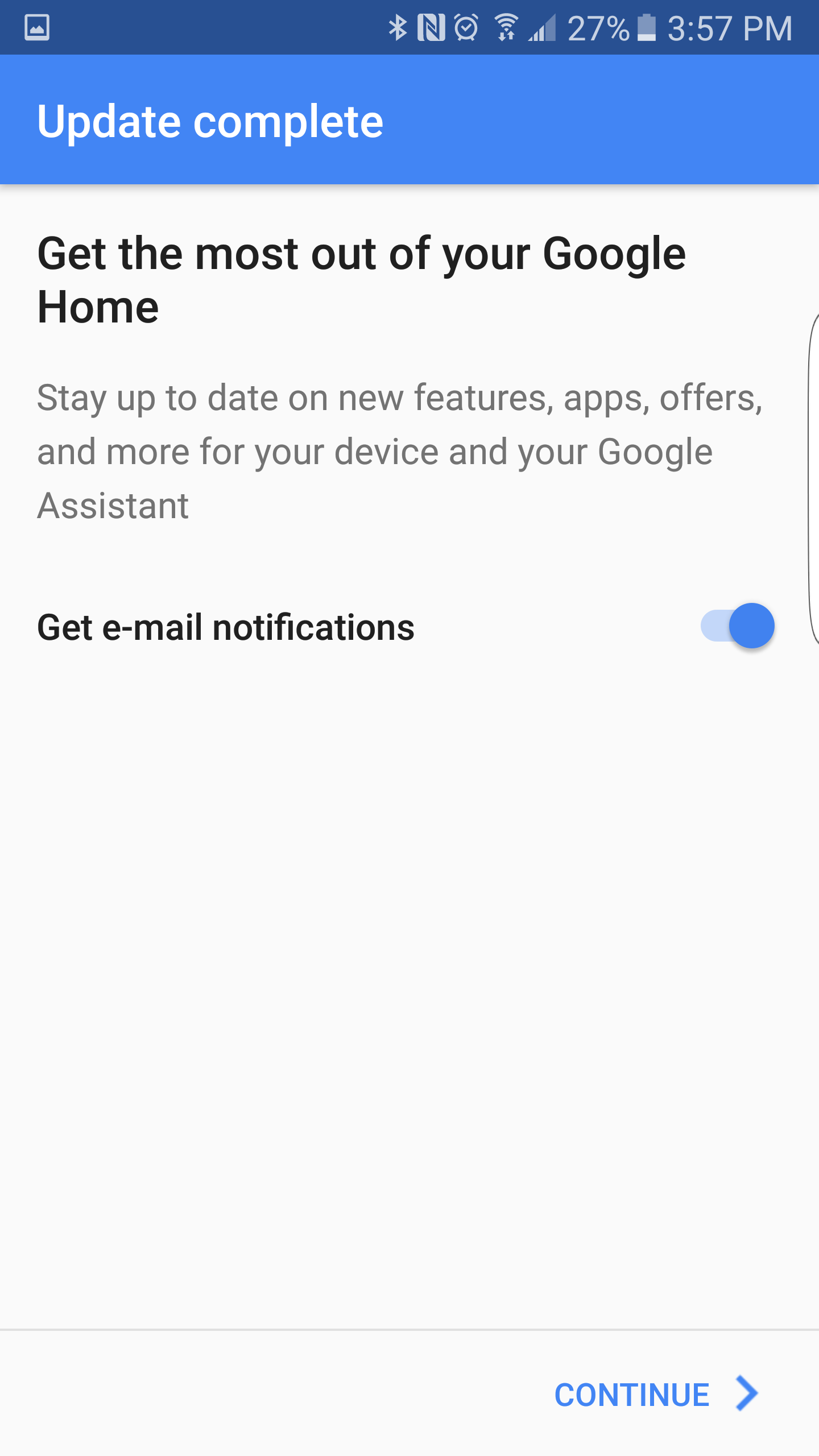 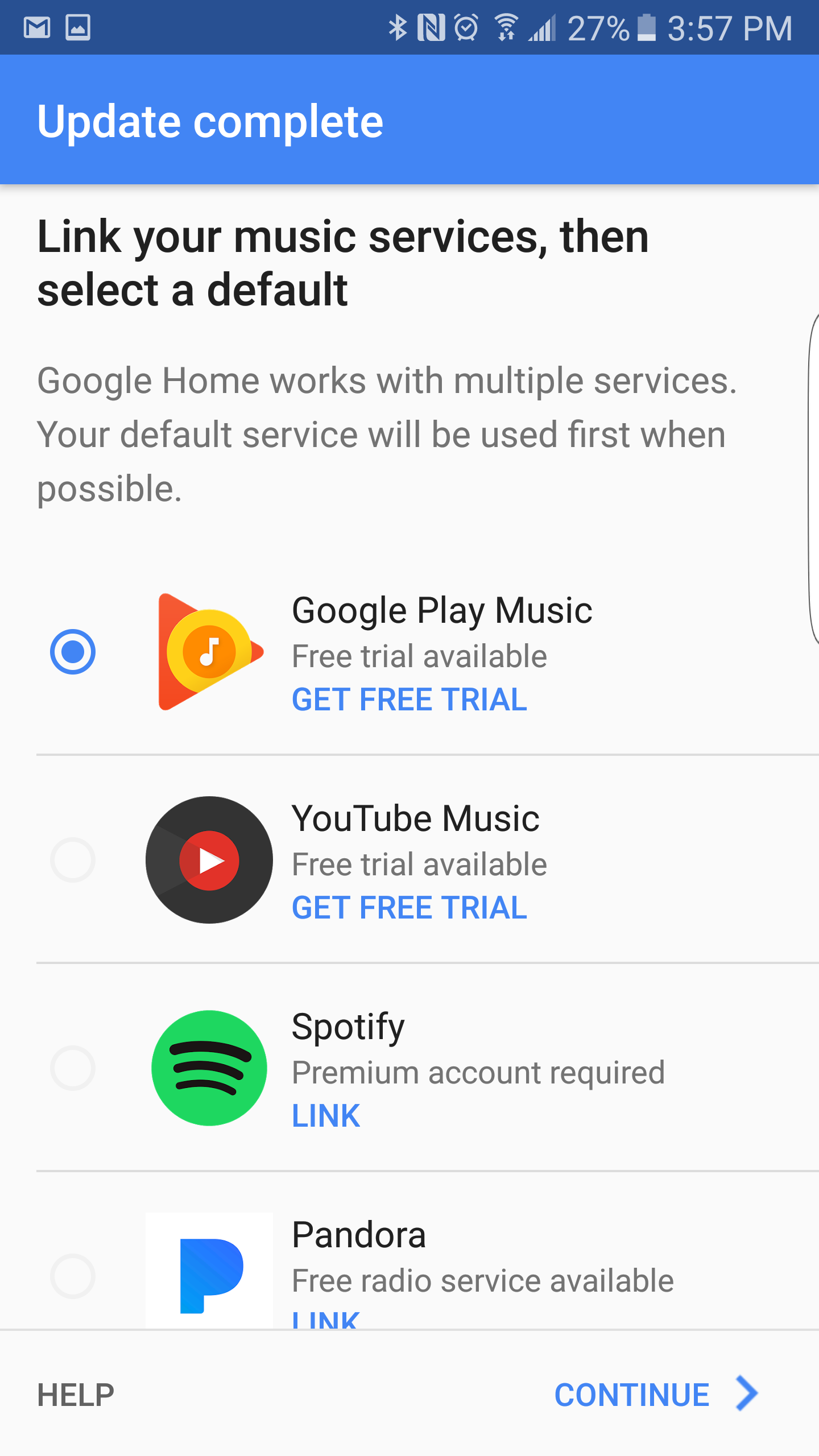 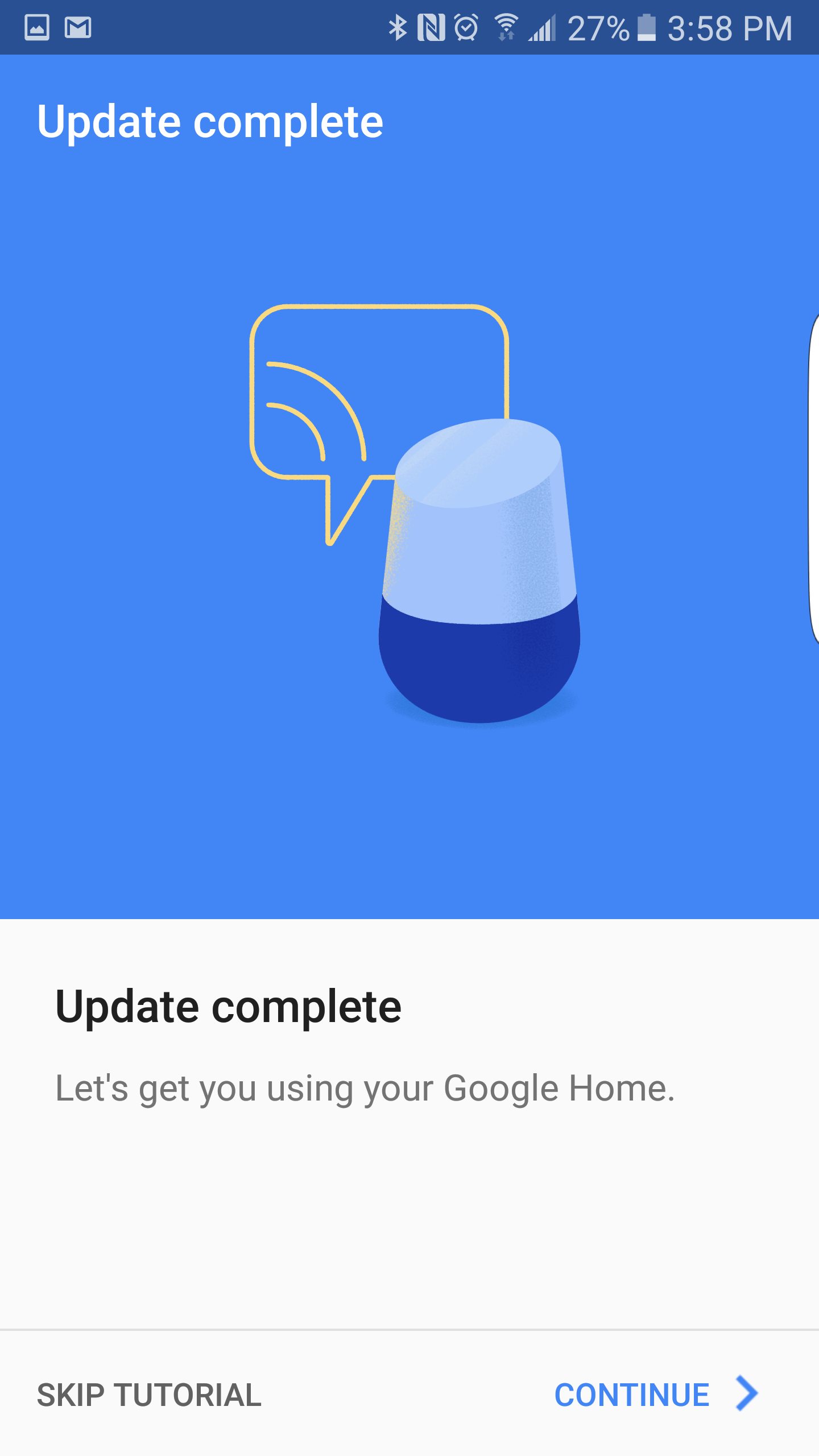 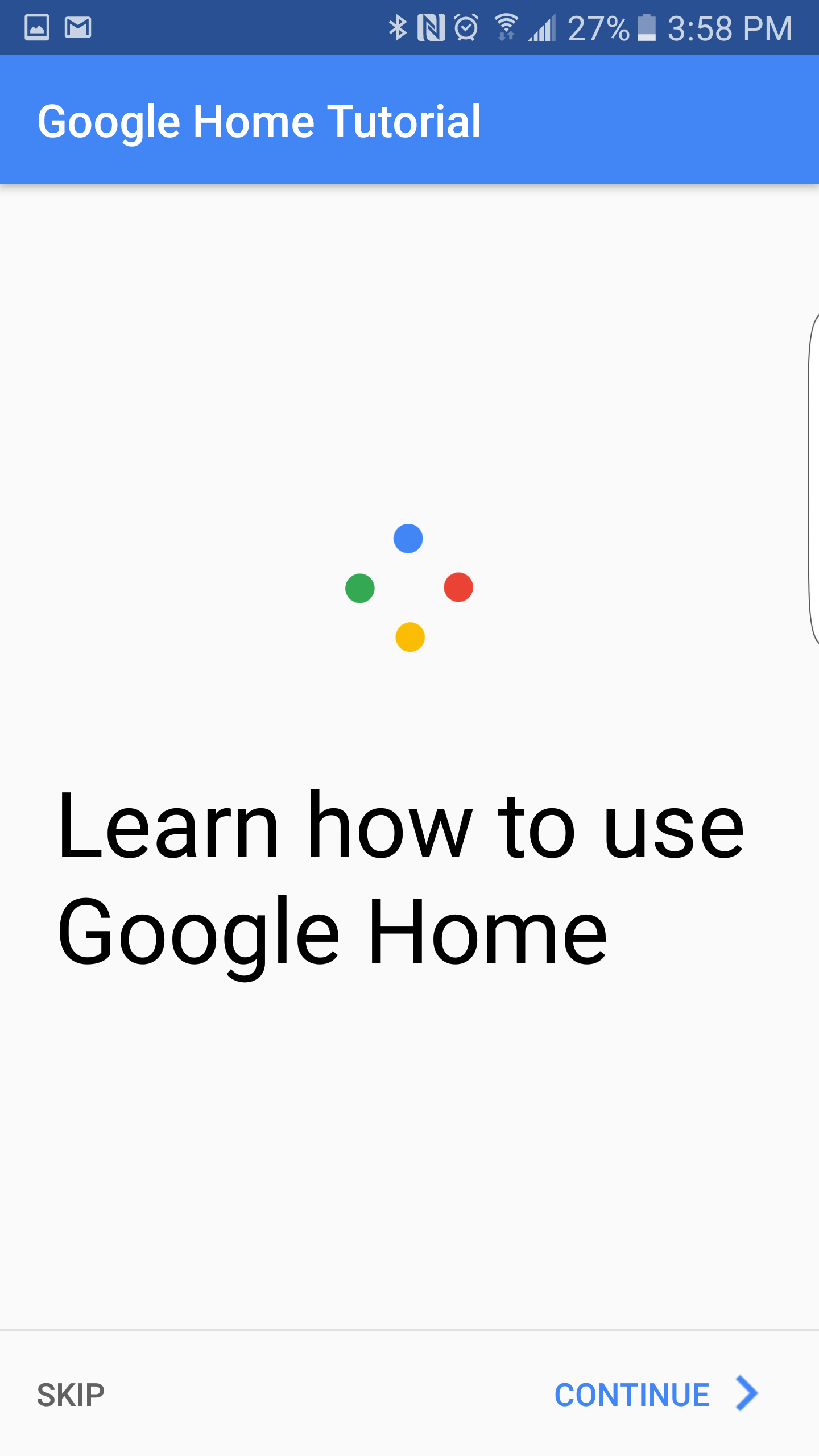 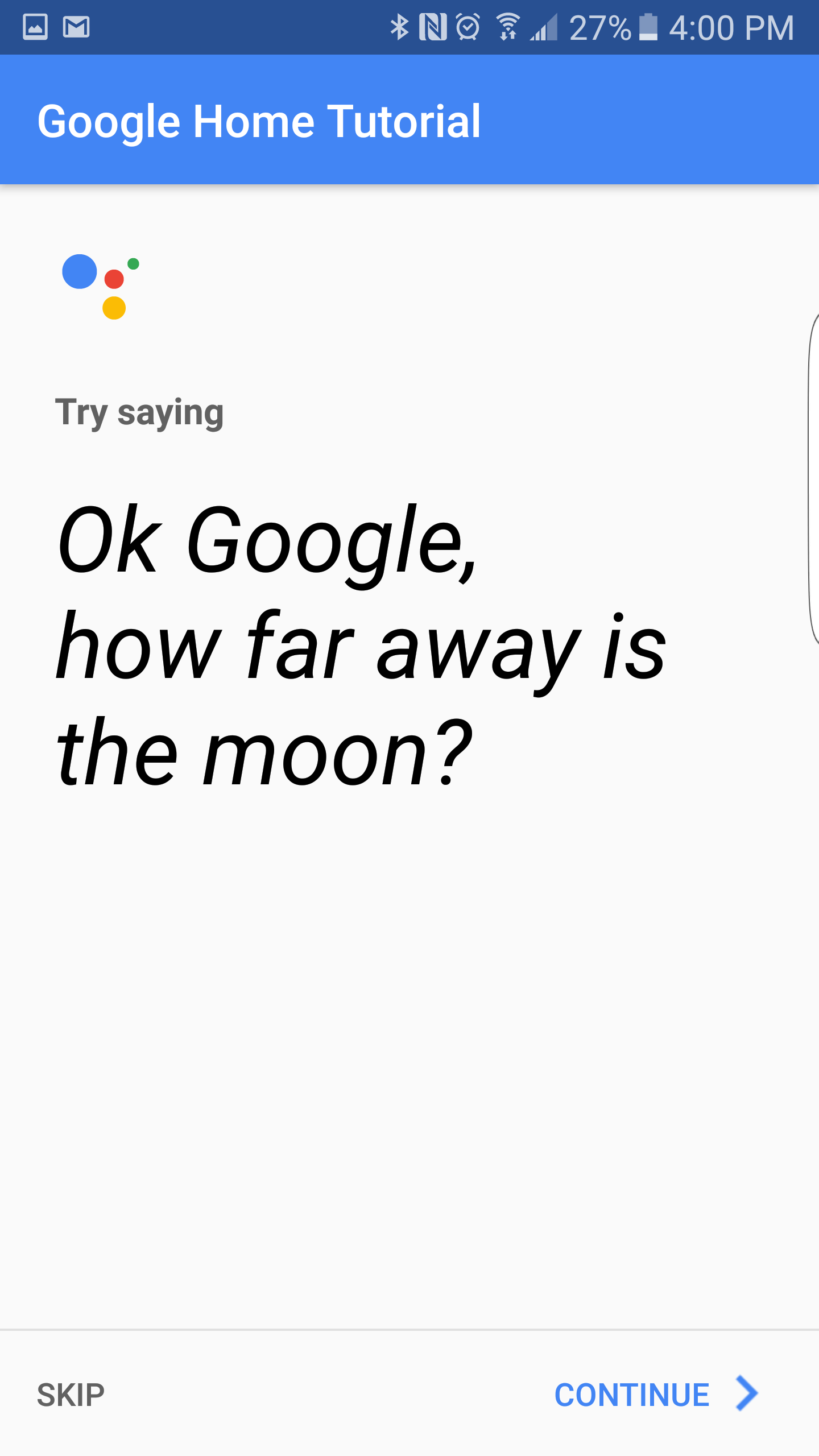 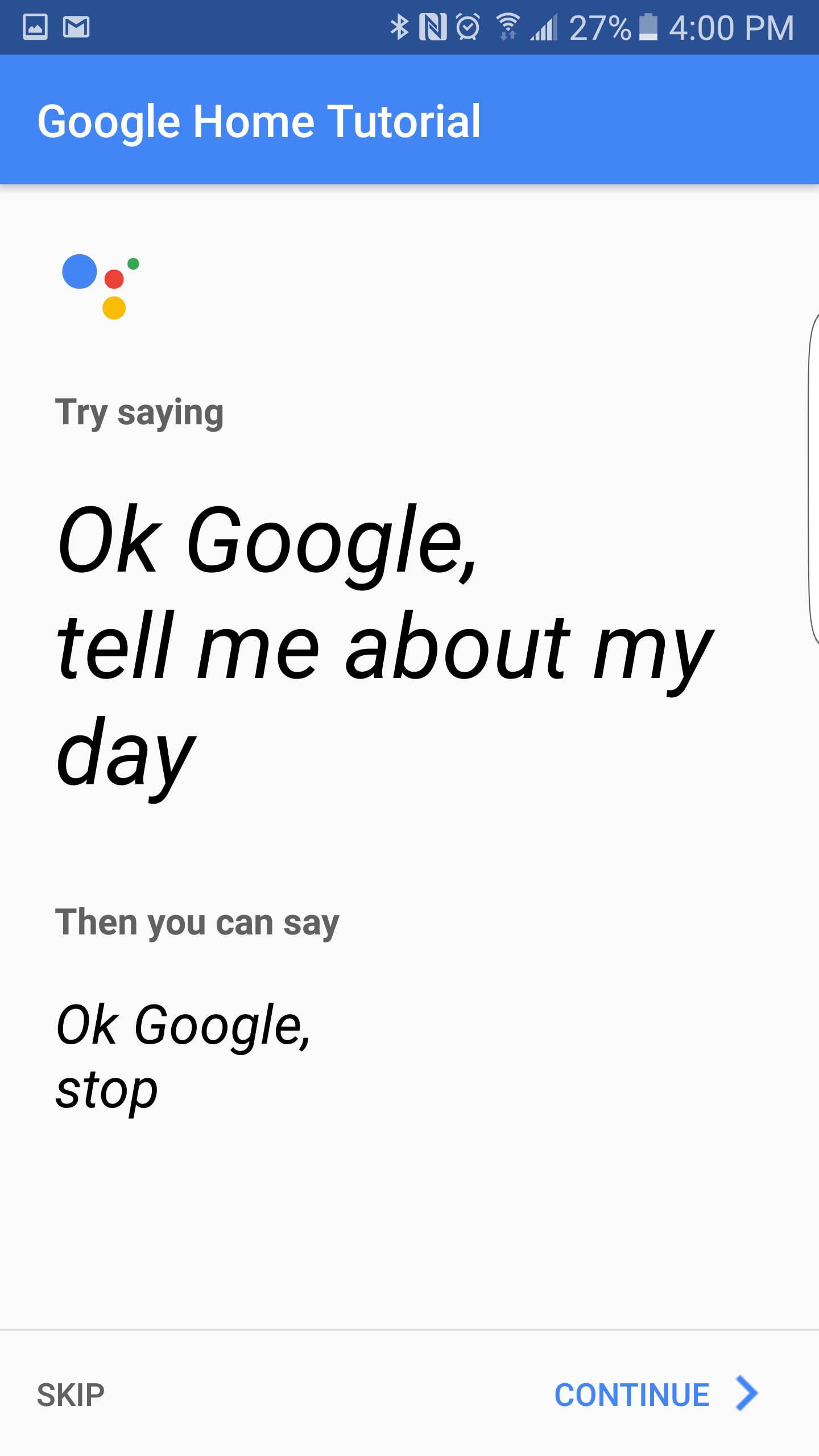 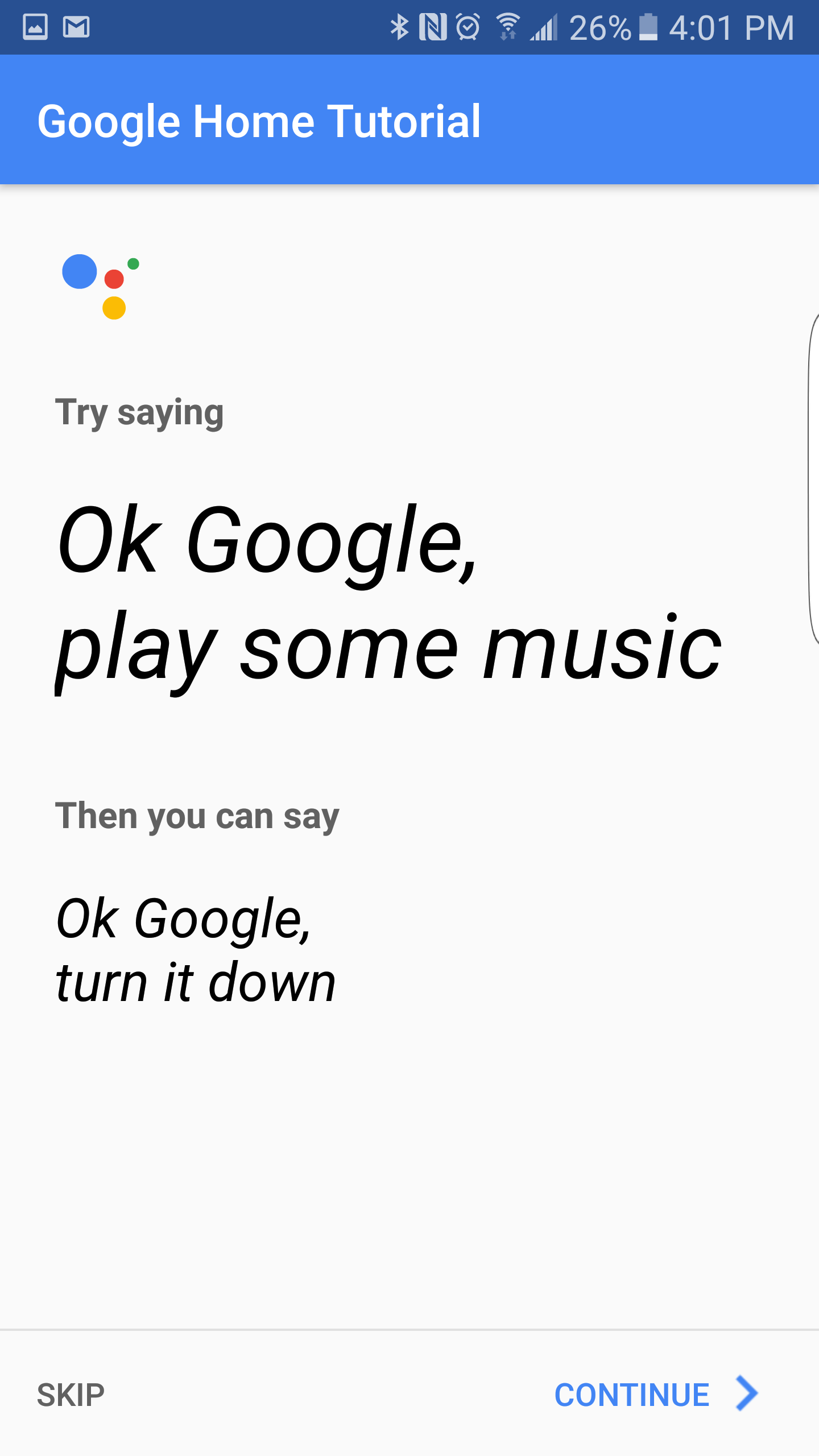 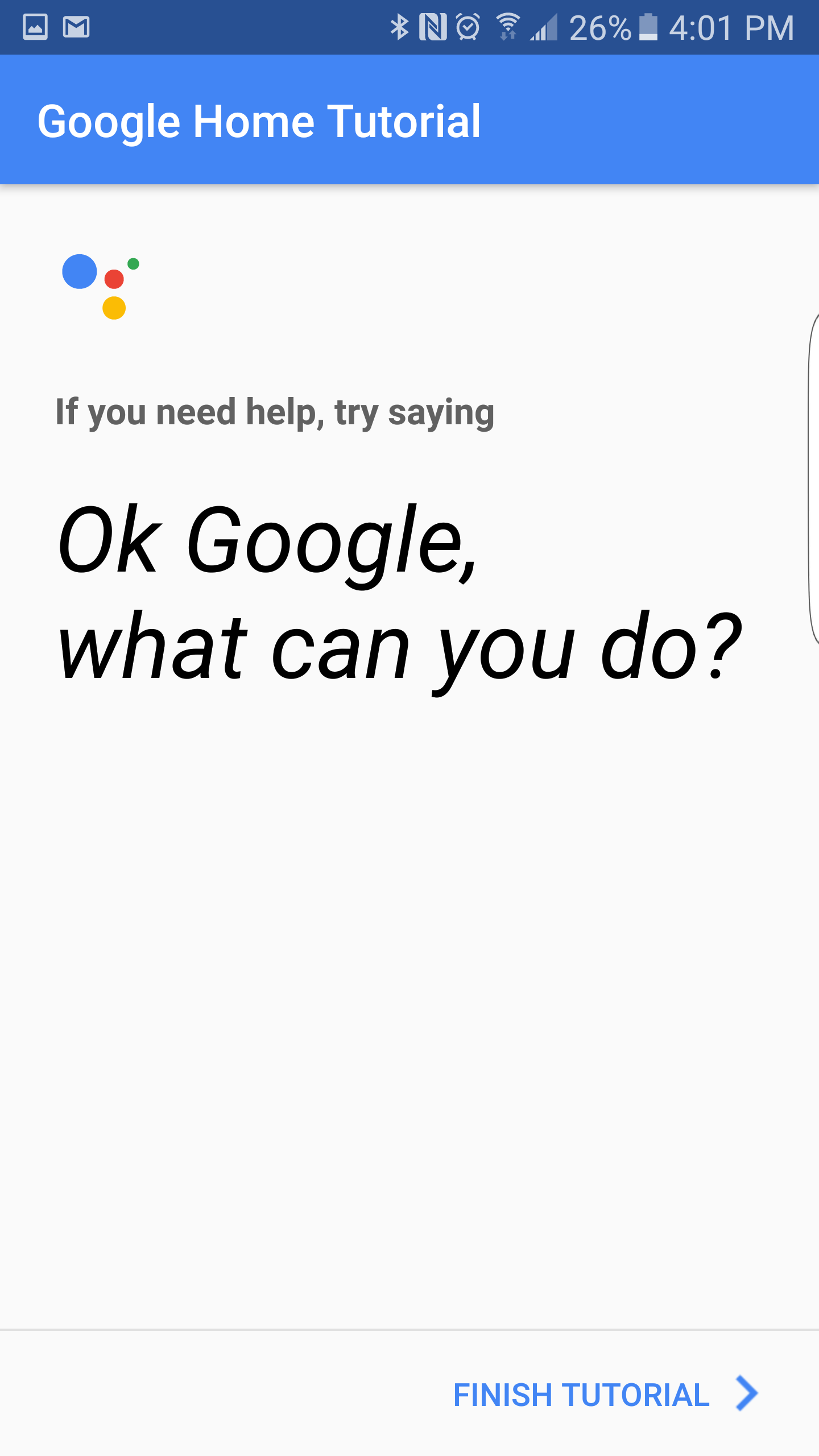 As part of the setting up the Google Assistant, there is a brief tutorial at the end. There are some practice phrases to get you started.  Google also included smaller instructions on how to stop it. For instance, one command is ” OK Google, play some music”.  The same page lists in the corner, “say, Ok Google Stop” to stop the music.   Its nice to help those that may not be sure what to ask.  It gives them a little push to get started. If you cycled through the picture viewer above you went through the phrases Google gets you started with.

Google does a good job of listening to their customers and farming meta data on how they use products. It does help them deliver a good experience.  Setting up Google Home should go pretty smooth for you. It was really well guided and each step was well explained.

Now that I have the hardware on my network and we are asking questions, lets get on to the applications, home

automation and privacy stuff. There have been lots of news blurbs around personal assistants and the CIA and police wanting to search the records for clues on cases. Just exactly what are they recording?  You will have to keep reading to figure that out. I will go through the privacy and other aspects on the next part of the review.
Next Page :: Google Home – App, features and privacy
Smarter Home