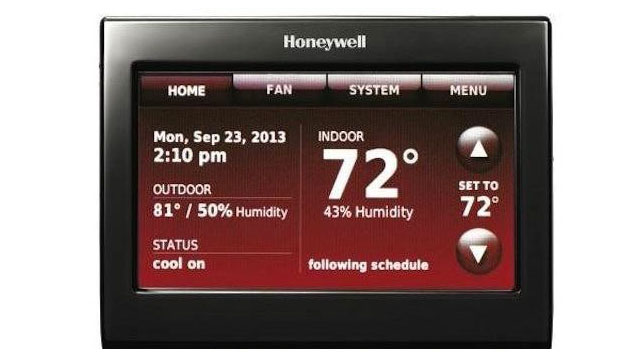 This smart thermostat – aptly named the Honeywell WiFi Smart Thermostat with Voice Control, is the newest addition to our Dream Home Project. In this review, we’ll start with an overview, then look at installing the thermostat, configuring it, and setting it up. And of course using it.

That will include getting the Honeywell Smart Thermostat talking to our home WiFi system, and registering the Thermostat with Honeywell (which is something that one really needs to do, for full capabilities), and look at the many menus and settings.  There’s no charge for registering.  The thermostat can be controlled from a computer browser, and there are also Apps for iPhone and iPad, and Android.

Of course, we’ll describe initial impressions of using this smart thermostat, including the programming, the voice control, and the online control that is available.

In a few months we’ll revisit this review, or add an update review that will allow me to describe any issues, as well as my overall opinions of the thermostat, after having used it for a reasonable period of time.

One thing to note.  Our Dream Home project – being very near to the beach in southern California, at this time, has two forced air heating systems, one for the downstairs, and a completely separate one that heats the upstairs. This house, built in the ’60’s had a 2nd floor added in 1999 (long before we purchased it).  The Dream Home, at this time has no air conditioning. Considering the temperature here only exceeds 80, maybe 15 days a year (and exceeds 85 maybe five of those days), air conditioning is pretty optional, and for those few neighbors that have air conditioning, most probably turn it on less than 25 days a year.  We’re considering adding air to just the upstairs, but it’s just not a priority.

The good news is that heat or air are handled the same way, so there’s really no loss of our ability to fully test Honeywell’s Smart Thermostat with Wifi and Voice Control.

Lastly, this is only the first thermostat we are testing.  We plan to replace the existing, pretty stupid thermostat that runs the downstairs as well.  Not sure what brand, there are now many. Perhaps a Nest, perhaps some other smart thermostat.

Eventually, the plan is also to add dampers in the ducting to separate upstairs, the master bedroom from the home theater, and downstairs, to separate the main living room and kitchen area from my testing room, bedroom, and hallway, so that we are only pumping heat where and when its needed.  At the end of the day, that means we’ll have four thermostats. In a normal home, that would likely be four of the same model, but here we’ll showcase four different ones with different capabilities. 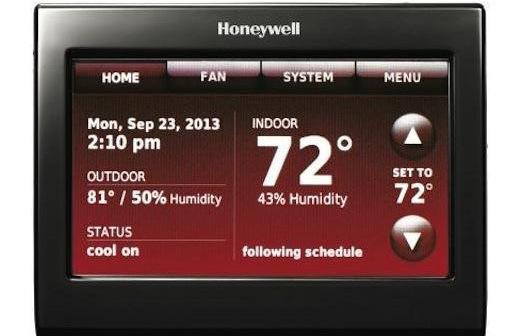 This smart thermostat has a long name.  The packaging runs with it as we have titled this page:  Honeywell WiFi Smart Thermostat with Voice Control, but there’s also a part number and other name:  TH9320WFY6007 WiFi 9000…  It does seem to be part of a 9000 series, which I expect has other thermostats.

The images above include a photo of the packaging of the Honeywell TH9320, a closeup of how the thermostat is wired, a view of one of the many display templates (note that it will show you a 5 day forecast (upper right corner), and finally, a screen for setting the on and off temperature and times of day. Note that the last two of those images are looking at how it looks in a browser, it looks differently on the thermostat setup itself, but our video shows you what that looks like.

The thermostat Honeywell shipped in to us, is a small affair as thermostats go, a good deal smaller than either of the two thermostats that were already installed in this house (both different).  The one we received has a black outer case, but white is also available.  (I think my wife initially thought white would be better, but it is mounted to a medium gray wall, and looks just dandy!  The bulk of what you see is the bright color LCD screen, the rest is the black frame which is maybe 1/2 inch all the way around!

Before I forget, the display itself is pretty, and you can choose from various color pallets.  And, the screen is a full touch control surface.  So, temperature control can be done:

Honeywell has a $299 MSRP here in the US, although there’s plenty of online discounting, so that the online street price – while varying a lot, seems to be in the $220 to $270 range.

To my surprise, this very small device, arrived in one surprisingly large box.

Before I continue I must compliment Honeywell.  The documentation is excellent, and not at all skimpy.  The primary User Guide is small, but has about 70 pages.  The instructions are well organized, and the table of contents very thorough. The only things I needed that the documentation didn’t mention were readily accessible as part of the thermostat’s on board help system, which is also well done.

I am not an HVAC (heating and air conditioning) expert – in fact I’m anything but!  Nonetheless, I figured I should try installing the thermostat by myself.  I’ve got some video clips…

But first, let’s finish this overview.

Being smart, it takes more than just slapping the Honeywell on the wall to be fully functional.  The initial setup asks a number of questions – type of heat (i.e. forced air like we have), whether there’s air conditioning, for normal programming do you want 4 time changes a day or two, but also there’s connecting it to Wifi, adjusting the display, and registering the thermostat, to mention a few things.  And don’t forget, this guy has Voice Control. 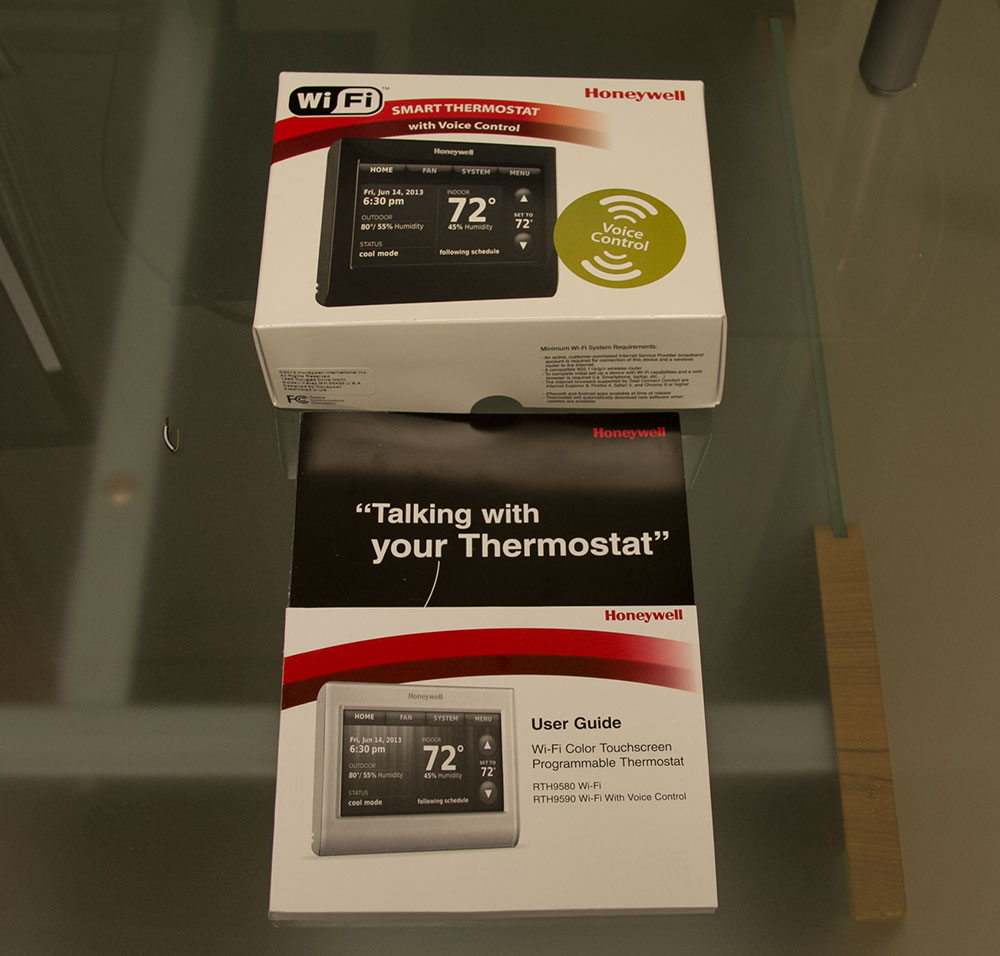 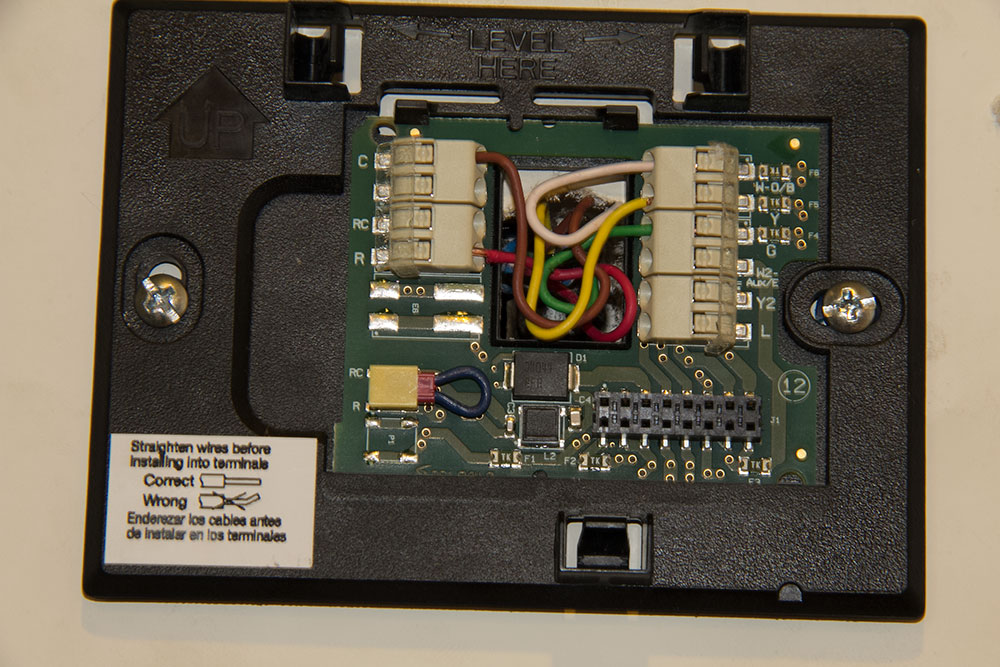 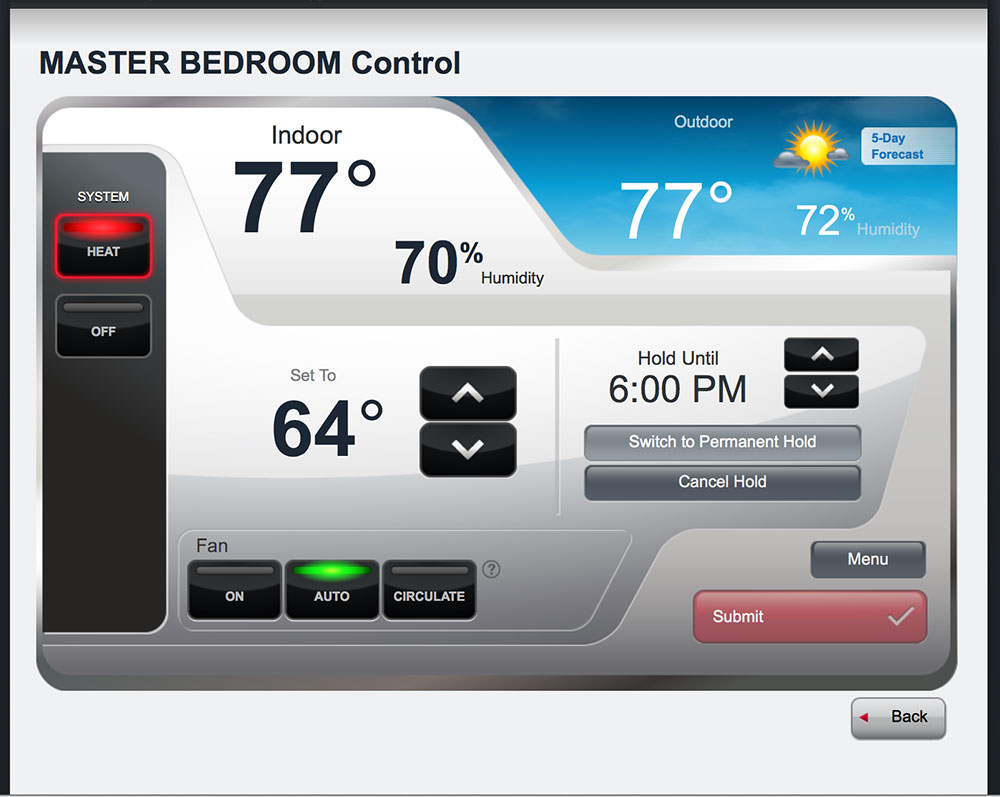 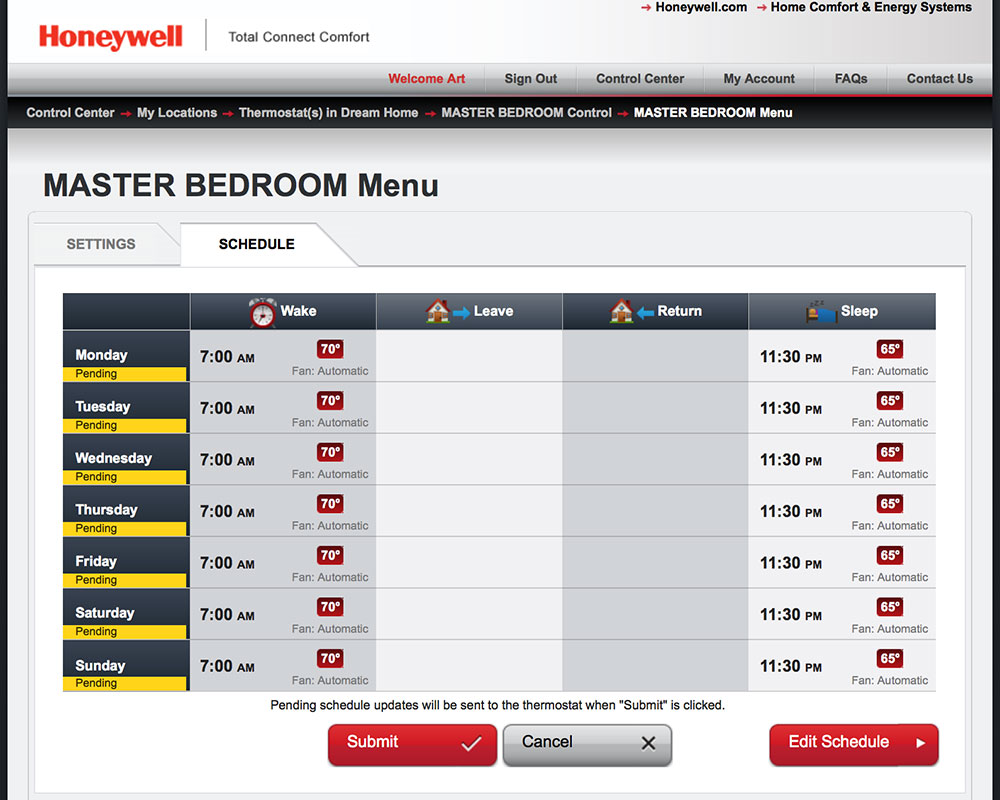 The Voice Control is not real smart, as one might describe Siri. It knows only a limited number of phrases, which are really all in “common speech.” It took a few days to remember the type of phrasing the Honeywell would recognize.

I’ll provide some examples, such as a phrase that works and a similar phrase that it can’t recognize.   There’s even a sensitivity control on the voice recognition, which will require me to tell a story about that later in this review.

I think the best way to proceed is to start with what comes in the box, and the installation!

Watch it in action!