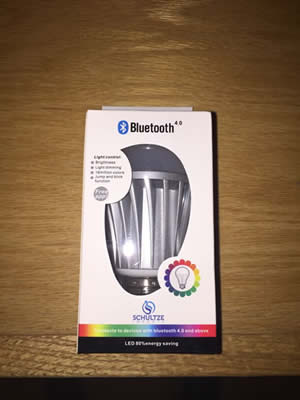 The MagicLight Smart RGBW bulb proves to be a pleasant surprise.  Available from Amazon for slightly less than $30, the MagicLight light uses Bluetooth which makes it interesting, both in capabilities and limitations.

Let’s start with the real basics.  It’s an LED light bulb that is RGBW.  That means there are LEDs inside for Red, Green and Blue, and there’s separate white LEDs as well.

The light’s dispersion – which we don’t attempt to measure, is claimed to be, and performs similarly to a conventional incandescent bulb, such as the classic 60 watt, that most of who are old enough to drive, grew up with.  I have used this bulb in a regular lamp, and it seems about right.

I’ll have more to say about wattage and brightness later on.  Suffice to say now, that this bulb not only does color, but it draws 7.5 watts or less, depending on the color and brightness.

There’s a free app for iOS and one for Android.  You can go to the App store or Google Play respectively to get yours.   Want to make the hunt simple – a nice touch is that inside the bulb’s box, there’s a small piece of paper with the QR codes for both Apps.  Being an iPhone/iPad person, I quickly scanned the QR code, and voila there I was in the App store, ready to download.  Talk about easy!

Later in this review of the Magic Light RGBW Smart Bulb we will take a very in-depth look at the App.  An accompanying video will show you all the different features and menus on the App.  All considered, this is a pretty well done App, with lots of features and nothing major missing.

I’ve been playing with various “smart” RGB lights for almost six years.  Until recently, RGB+W or more simply RGBW bulbs have been scarce!  We’re finally starting to see more of them.  BTW, the best known color smart lights – the Philips Hue and their other bulbs, are standard RGB, not RGBW.

Having the separate white LEDs allows a bulb to deliver a good, well balanced white light.  Most color LED bulbs are standard RGB and tend to be very sloppy trying to do white, both in terms of color temperature and evenness of the white in terms of tint. Since the R,G,B LEDs are offset from each other, there’s often slight shifts on color, depending on where the light hits your room surfaces.

Since most people interested in using color lighting in their homes are likely to use color (or different colors) only some of the time.  Most of us, for example will want white a lot of the time, and switch to color for effect.  That’s what we do in our home, aka our “Dream Home” project.  For example I’ve got some lights that shine on our dining room table.  Now at dusk, after dinner, those lights might be adjusted to match the dusk, when we’re eating, white is definitely the “color” of choice!

Count being RGBW as a key capability.  I find this light to produce a good amount of white light, whereas many color bulbs are a little dim on white.  Again, I attribute that to the addition of W.

As to the rest of the design, the bulb will screw into your normal light sockets, which are E26/E27 type screw threads.  In other words, the same ones you have in most of your lights around your home.  No issues there.

Who is Magic Light?  MagicLight is manufactured in China, and imported by Schultze Imports who sells this and other MagicLight bulbs through Amazon, as well as other resellers.

Currently it seems there is a second similar RGBW bulb that costs slightly more and is rated 40,000 hours, which is double the 20,000 claimed on this bulb.  Brightness and power consumption numbers seem to be the same.  There’s also a flood light which I plan to look at next.  These three bulbs are all Bluetooth types. 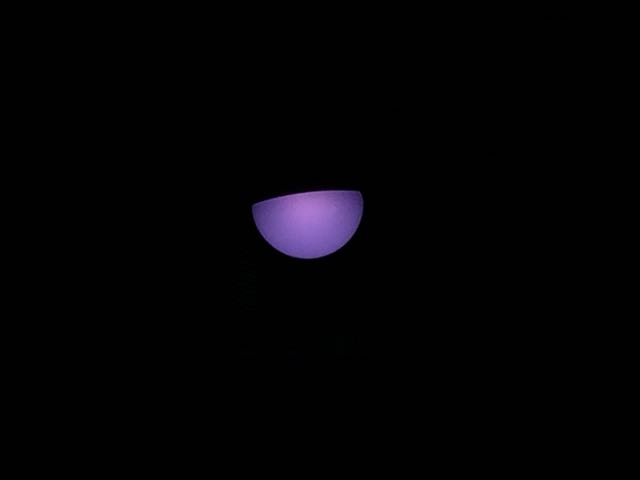 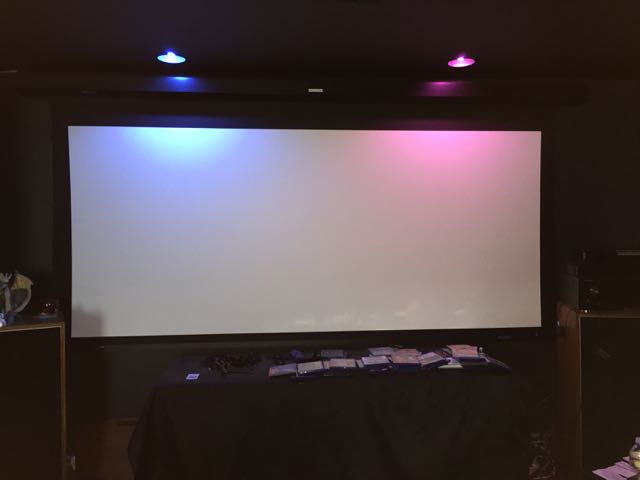 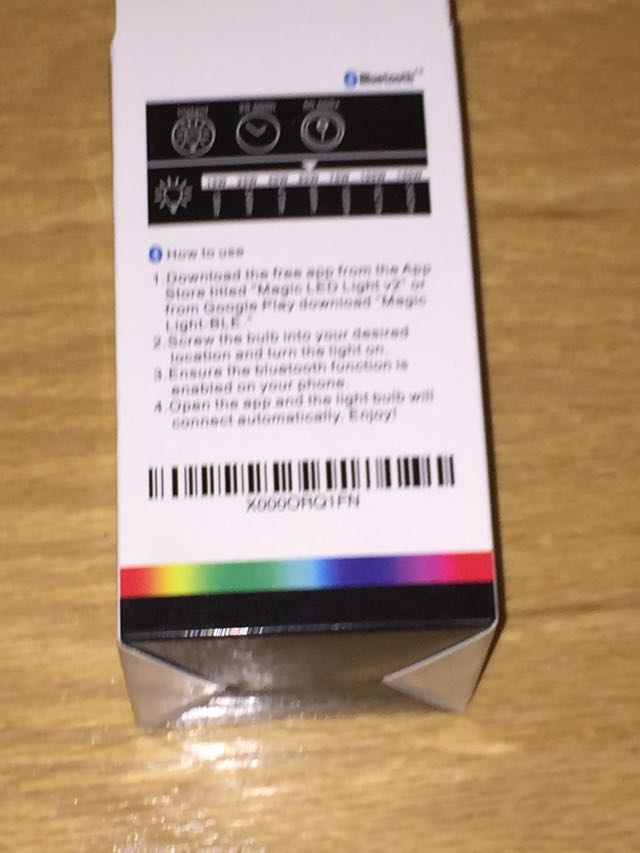 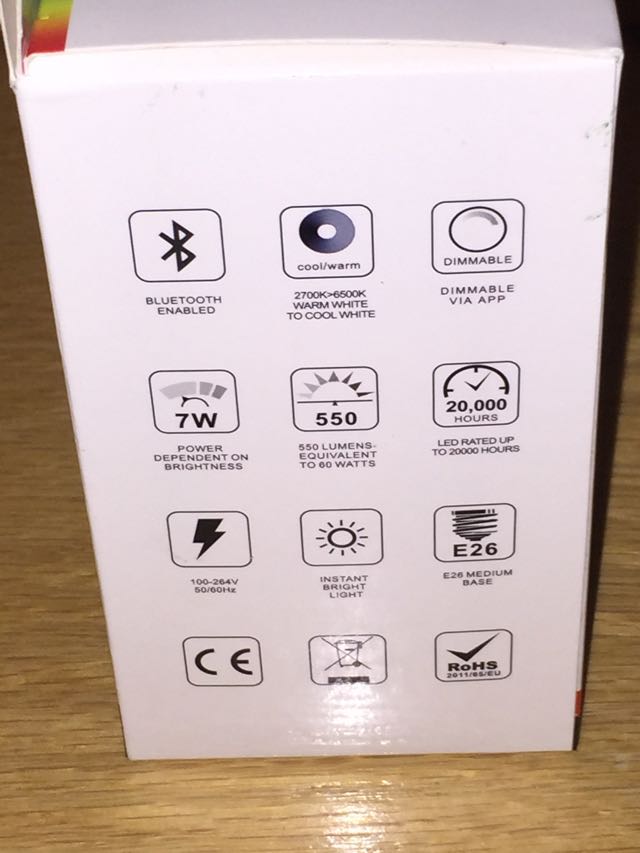 The Pros and Con's of a BlueTooth Smart Light

As a “Smart Home” products reviewer I get to work with lights using a variety of different wireless technologies.

The most popular protocols or standards include Wifi, Zigbee, Z-Wave, Bluetooth, and some less known ones – such as Insteon (Smart Home – which partners with Microsoft).  There’s even the X10 protocol which goes back to the ’70’s pre “wireless” technology.

Each has strengths and weaknesses, but let’s briefly mention who’s using some of those:  Wifi and Bluetooth are getting a lot of Chinese made products (including these MagicLight bulbs).  So far there’s lots of Wifi, but I’m seeing a lot of Bluetooth coming to market as well.