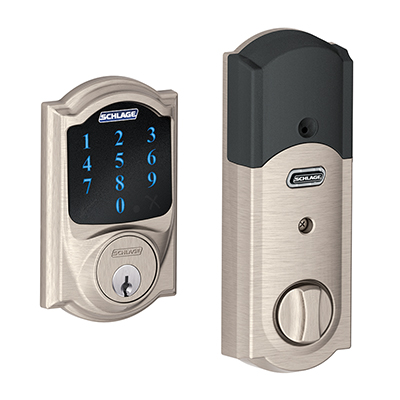 The Schlage Camelot 619 is the third Smart Lock that I’ve reviewed.  It is a Z-Wave based lock, which I installed and have been using in our “dream home” – aka our Smart Home project – for the past 7 months.  It is a direct competitor of the last smart I reviewed; the Kwikset SmartCode 914, which is also a Z-Wave lock.  In most ways, they are very similar, with only a few noteworthy differences in operation, and others in design of the keying, and locking mechanisms themselves.  The variation of the Schlage Camelot series I have is model number BE469NX.  That’s important as we will also mention the BE479NX version in this review.

Overall, the Schlage has worked very well, no surprises. Of course, we punch in a code when opening the door from the outside, but we also have automated it, so, for example, every evening between 8pm and 9pm I have the lock scheduled to automatically lock.  Of course there are evenings when people are coming and going, so being somewhat clever, I also have the lock programmed to lock again around 11:30pm, just in case the door has been opened since 8:30, and no one thought to re-lock it.

In the course of this review, we’ll discuss: 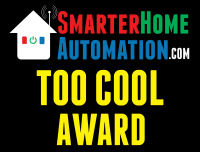 This award goes out to products that work well, are very functional. Consider this a 4 to 4.5 star award and a possible Editor’s Choice.

This Schlage lock is typically large, as are most smart locks.  In part, this is due to needing battery power, so, for example, both the Camelot 619, and Kwikset 916 each run on four AA batteries.  And of course, they are larger because of the motor inside needed to lock and unlock. 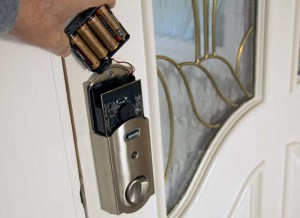 BTW, it seems like both locks get about 1 year off their batteries (I thought I’m mention that now since it relates. Note, I live in moderate weather southern California, so in cold climates I assume batteries will have to be changed more often.

It comes with one standard house key, and of course it can be locked and unlocked by both keypad, the inside the house side of the lock, or by app.  Schlage treats the key as a backup, rather than suggesting it as a normal 3rd alternative for locking and unlocking of your door.

It is described as an ANSI Grade 1 lock (which the Schlage site says is the highest standard for residential locks).  It has a pick shield to discourage lock picking, and has a built in alarm that can be programmed, or it can just go off if the lock is forced.

And, the touchscreen is a matte surface designed to not allow lifting of fingerprints, (or figuring out which buttons are pressed often).

And I will mention once again, this is a Z-wave lock, so it does not have it’s own app, rather it is controlled by the app of your Z-wave hub.

BTW that’s where things get interesting when you are comparing locks.  It’s often not which lock has the most capabilities, but which features you are allowed to use, by the hub’s app. More later on that.

When it comes to programming codes, this Schlage lock allows up to 30 separate codes.  Sounds like a whole lot, but we’ll discuss what you can do with them.

Warranty is lifetime on the lock mechanisms and finish (excluding normal wear to the finish, and aging.  The electronics is warrantied for one year parts and labor.  As you would expect, they do not cover the costs of removal for repair or reinstallation.  Schlage will repair or replace at its discretion.  That seems like a most reasonable warranty to me.