Although we registered the URL a couple of years before, this site was officially launched with content in July of 2015.

SmarterHomeAutomation.com is all about helping people understand their options when it comes to putting the latest and greatest in the “new school”, internet of everything, home automation world.

Our goal is to provide you the information – and reviews of products and systems, that you will need to make intelligent solutions, as Smart Home Automation moves from the early adopter, “wild, wild, west” of technology into everyday normal.

We are at the cusp of this home automation revolution, as we are about to see home automation evolve from being limited to six figure installations in million dollar homes, to something that 10s of millions of you home owners and renters can afford to add to their residences – whether you own or rent.  If you don’t believe that, remember, that Apple’s HomeKit is readying for launch at the same time we are readying this website for launch.

Here’s some background for those who are curious: Smarter Home Automation is the newest website of Projector Reviews Inc, awhich is best known for our site ProjectorReviews.com, one of the largest home and business projector review sites in the world.  Our company also serves up Presentation-Pointers.com, a site with many hundreds of articles on how to communicate effectively. For those with long memories, Presentation-Pointers.com was formerly known as Powerpointers.com until good old Microsoft’s lawyers took issue with that website name.

There’s a bit more to our company history. Projector Reviews Inc. is the offspring of my old company, Presenting Solutions, which published – you guessed it – PresentingSolutions.com. We were the first company to be in the business of using the internet to sell projectors. And I mean way back. Our first generation site launched with about 80 pages of content in mid-January 1995 – that’s ancient. Back then – get this – there were only about 3000 .coms in the world. We launched shortly before Amazon, before Netscape took on the name Netscape, and years before companies such as Yahoo, or Google, never mind the really late players – Facebook and Twitter, surfaced.

Now here’s the fun part: In 1999 and 2000, Presenting Solutions, was an INC 500 company – the internet was exploding and we were positioned for the ride. In 2003 all of Presenting Solutions operations were sold off, except for projectorReviews.com and Presentation-Pointers.com. That folks was the story until I started planning Smarter Home Automation back in 2011.

Or perhaps, you are happy with using a Z-wave, Zigbee, Insteon, or other “new school” network controllers with different apps for each product? Not that ambitious, no problem

Or maybe you will use those networks but rely on integrating apps from companies such as Smarthings, Nexia, HomeSeer and others, to tie them all together and perhaps give you an integrated solution that can “compete” with the “old school systems” of a decade ago, but for a tiny fraction of the price.

Don’t worry – if you aren’t familiar with these many companies’ offerings we’ll tell you all about them.

We’re not new to Home Automation, and especially Smart Home Automation. Presenting Solutions was a Crestron dealer way back in those old days. But, more importantly we’ve been reviewing products since Q1, 2014 more than a year before this site’s launch. Included in those reviews were several Belkin products including smart light switches, motion sensors tied to outlet control, and energy monitoring wall outlet plug-ins. Also smart thermostats. and door locks.

So, we’ve already begun, but posted home automation gear reviews on ProjectorReviews.com until this site was ready. When this site launched we moved that content here, giving you – our readers, a number of product reviews to start with!

But upon launch we’re adding reviewers and hope to be publishing several new home automation reviews every month. We hope you enjoy, and find them useful and helpful.

One more thing – we don’t take calls to answer reader questions, but we do try to answer your emails. There’s only so much time, and we’re a small company.

Welcome to our Dream Home Project for home automation!

As part of the plan, I decided that a good approach would be to copy a traditional AV concept – of a Dream Home to show off the technologies.

And, lucky me, I get to use my home of almost 5 years. We’ll be constantly adding gear, changing out some of it, making our dream home a platform for installing – and USING these products in a real home environment, not a test lab.

The first automation installations go back to our moving in. We immediately installed RGB strip lighting outdoors and under kitchen cabinets.

Back then, these weren’t fully integrate-able lights, rather each came with their own small remote controls. As one of the early projects for this website, we’ll be replacing those old controllers with ones that speak Z-wave, Zigbee, or Wifi.

The Dream Home Project is scheduled to run two full years. It’s going to be crazy. We expect to end up with as many as five – even six separate systems in the home so we can try out as many products as possible – including multiple Z-wave or Zigbee controllers. We’re looking to add smart appliances in the kitchen as well.

At the end of the dream home project, it will be time to standardize, so our home becomes a “normal” smart home. At that point we’ll be down to probably one or two controllers running the whole home, and ideally a single app, maybe two, to make controlling almost everything easy.

That’s pretty much the story so far in the early days of SmarterHomeAutomation.com. Now you know a little bit about what we’re trying to do. Now let me introduce the team: 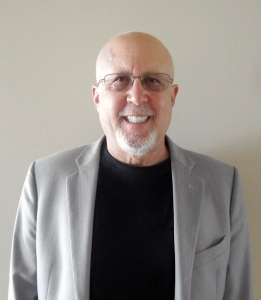 Yes, that’s me. I’m the founder of the original Presenting Solutions and the owner of Projector Reviews, Inc.

I’ve already told you a little about me. I started out post college (we are Penn State!), in high end audio sales, I mean some really high end and esoteric gear. I’m still an audiophile but a lazy one. I have world class speakers bought in 1976 and still love listening to great music them (IMF Monitor MK IVs). Music is my hobby, I still attend typically 20 concerts a year, and try to take in a music festival (or two) every year (9 times to Coachella…) In the late 70’s I became a club DJ in Philly, during the heyday of disco. Then I went back to school, and next thing I knew – I was managing the first computer store in Pennsylvania – downtown Philly (we’re talking pre-IBM PC, early days of Apple. A few years later I went “corporate” working for Epson when they dominated the personal printer industry. From there back to “AV” with a venture backed start-up (early days of the VC industry), and finally launched Presenting Solutions in 1988. 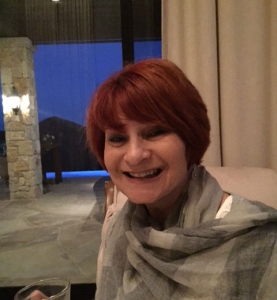 Lori’s been part of Presenting Solutions, and now Projector Reviews almost since the beginning. She joined Presenting Solutions after our daughter Lisa was born, in 1992. She’s been a key part of everything business, ever since. (Prior to Presenting Solutions, she was the exec secretary to the CFO of Abbey Medical, a Fortune 500. With that background she ultimately ran the entire operations side of Presenting Solutions. Lori works part time for Projector Reviews. She still handles those operations type things – tracking or advertisers’ campaigns, handling billing and Accounts receivable. She also maintains our databases of specs, handles some image processing for our reviews, shipping of review units back, and whatever else I can talk her into. BTW she also works part time for Bank of America. We’ve worked together for 22+ years and have been married for 25! And we still get along great! Awesome! 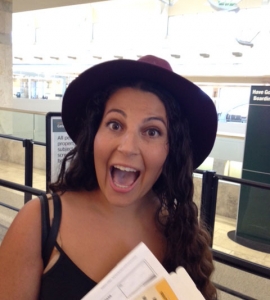 Getting the feeling this is a family business? You are pretty much right.
Lisa was born in 1992, but I didn’t put her to work for the company until she was starting high school. She’s worked part time as an employee until last year when, upon graduating UC Berkeley, she landed a real job – with NBC Universal, in Manhattan. Now for those of you who used to watch 30 Rock, she started there last year as one of those legendary NBC pages, but now has a full time position with MSNBC – for the Later with Lawrence O’Donnell show. I finally had to cut her loose, but, thanks primarily to her being a “great kid”, I’ve managed to still use her as a contractor, to handle our social media – makes sense – she was a Media Studies major.

Prior to her running off to “the big city”, she handled all the image processing and also produced over 40 videos for Projector Reviews. (I even talked her into helping out and doing one so far in 2015.)

The rest of the team are contractors – as Lisa is. Let me introduce them to you.

Mike Rollett
Technically he’s a retired engineer, he also is a remote control specialist having written articles for our site, and others. Mike and I go back to the Presenting Solutions days, when he would buy occasional projectors from us, but when I launched Projector Reviews, he taught me how to calibrate home theater projectors – a sport I never really enjoyed. So a year or two later, I asked him to take over all of our calibrations. Mike BTW, is a THX certified calibrator. We’ll see if we can put Mike to use on the Smarter Home Automation side – hey he is an engineer.

Ron Jones
Oh no! Another retired engineer – Ron’s on the East coast. We met a few years back and he’s been reviewing business and educational projectors for me ever since, but first he started publishing our blog: The Technical Side (of Projectors).

I expect Ron will be reviewing home automation gear before long. I already sent him his first smart thermostat. I think Ron may be a great guy to explain the finer points of Z-wave, Zigbee, Geo-fencing, mesh network design…

OC SEO:
These nice folks are the ones who built this website. So I sure hope you like their workmanship. I’m aways interested in feedback from our readers, on how we can improve it, so don’t be shy. For website try us at webmaster @ smarterhomeautomation .com

Oscar – RhinoWebGroup.
Oscar handles the Projector Reviews website as our webmaster – he’s constantly improving the site which was converted to WordPress by another, but incompetent company) a couple of years back. He’s done a great job of fixing a mess, and improving our rankings with google and others. So far, he doesn’t have any direct involvement with the new Smarter Home Automation website, but, you never know.

That’s about it, except to say we occasionally use other contractors – specialists such as to map out our our social media strategy, keep us on top of things, but the folks listed above are the “Team.”

So, one more time: Welcome to SmarterHomeAutomation.com