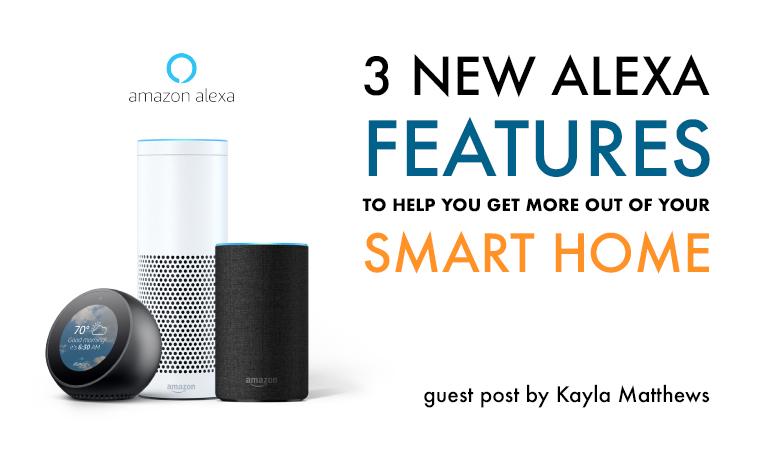 People are accustomed to Alexa speaking back to them, whether it be in response to their request for jokes, information about the day’s events on a calendar, or the weather and more. However, in April 2018, Amazon released something distinctly different.

It’s called Alexa Announcements and enables your Echo or Echo Dot to become a one-way speaker to broadcast a statement heard on all compatible Amazon speakers in a household. Also, people hear your voice say it — not Alexa’s.

According to Amazon, millions of people have more than one of its speakers. This feature caters to them, letting individuals keep everyone in the loop, whether announcing dinnertime or that inclement weather canceled an afternoon soccer practice, effectively turning your Alexa device into a household intercom.

This update rolled out automatically to all devices in the Amazon Echo collection, with no setup required. To activate it, say either “Announce” or “Broadcast.” Then, proceed by stating the information to the household.

Then, people hear a chime sound followed by your voice saying the announcement.

It’s also possible to exclude one or more speakers so that the person who owns them does not hear the announcement. Do that by turning on the Do Not Disturb feature on the devices that should not receive announcements. Say, “Don’t disturb me.”

Alternatively, you can disable the feature by saying, “Turn off Do Not Disturb.”

No matter the size of your home or the number of people living in it, you’ll appreciate no longer having to shout to get the attention of family members. Plus, Alexa Announcements saves you from the wasted time spent by walking to a closed door and knocking on it. 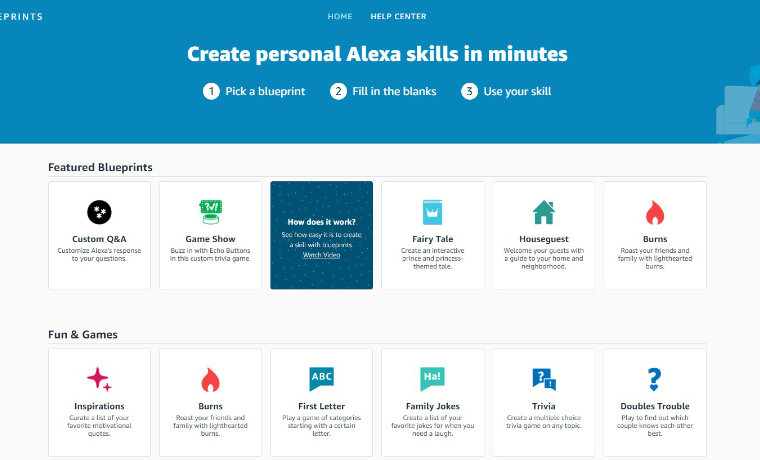 Third-party developers wasted no time in building skills that increase the number of things Alexa can do. You might have thought it’d be fun to do the same by creating skills too. That wasn’t possible for everyday Alexa users until recently.

In another April 2018 development, Amazon Alexa Skill Blueprints allowed people to make skills in minutes. That possibility lets them bring even more personalization to their devices and how they use them.

Perhaps you can’t imagine accomplishing such a feat, despite having a long-spanning appreciation of gadgets. If so, don’t worry. The process is extremely simple and straightforward.

Get started by going to the ‘Skill Blueprints’ site on Amazon. Then, look through each blueprint and pick one. Blueprints are the templates for each skill. After finding one that captures your interest, click on the blue Make Your Own button on the template’s main page.

You’ll then see a signup form for creating a free Amazon Developer account, unless you already have one. Having an account is necessary before making skills. 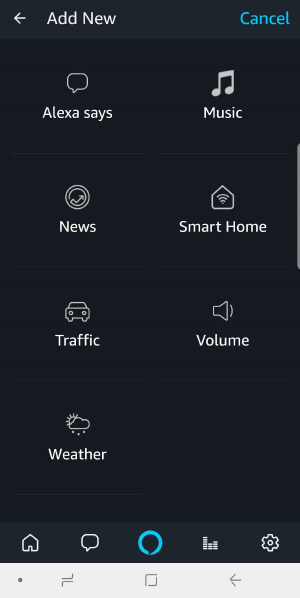 Each template features a sample audio clip of what a finished skill might sound like. You could make one that lets you play games with family members, tell stories, give information to a visiting guest and more.

The templates also have suggested information already populating them. Use it for inspiration when creating more content or keep the material there if you like it. Fill in the template blanks, or remove portions by clicking the X in the right corner.

Once you fill out a page of a blueprint to your liking, click the blue “Next” button in the top right corner to proceed to the next step.

After filling the skill blueprint with information, you’ll name the skill. Considering all the third-party skills Alexa offers to help you get more done, it might seem like the virtual assistant is smart enough to understand almost anything you say.

However, it’s best to keep it simple with your naming strategy. For example, if you make a family quiz game skill, your last name shouldn’t be part of the skill’s name. Alexa might not pick up what you say, making it necessary to rename the skill later.

You can start using your skill only a few minutes after making it. You’ll see a message on the screen confirming it’s ready. Otherwise, access it in the “Skills You’ve Made” section of the Amazon Blueprints page.

There’s no cost to make a skill, and you can create as many as you’d like. Although it’s a relatively new offering from Amazon, the Blueprints page periodically features new and themed templates — such as a recent addition for Mother’s Day. So, it’s worth checking back regularly to see what’s changed.

Amazon’s Routines feature allows people to activate multiple actions with one trigger. While discussing that feature — or what it lacked — people frequently brought up how they wished it were possible to hear music as part of a Routine. Amazon gave the option of hearing news broadcasts initially, but users wanted more.

Around the same time it released Alexa Announcements, Amazon delivered by responding to customer requests and allowing them to incorporate music into routines.

Creating an Alexa Routine is as quick as building a skill with the Blueprints feature. It involves making specifications about what happens and when. For example, you can make a routine that turns out your smart lights when you say, “Good night.” Here, we’ll focus on adding music to a routine.

Get started by launching the Alexa app on an iOS or Android device, then select Routines. You can either edit an existing routine to add music or create one from scratch. Below, we’ll focus on the latter option.

Tap the blue plus sign to start making your new routine. First, tap ‘When’ this happens to set up a vocal command or time to start the music. Then, tap the plus sign next to Add Action and select Music. From there, you can select a playlist, album or artist. There’s also the option to set up your routine for compatibility with a music streaming provider, like Amazon Music, Spotify or Pandora.

After adding details about your preferred tunes or source, click Add to confirm the addition to the routine.

You can also alter the volume of the music by tweaking the routine. Tap ‘Add Action’ again, but this time, choose ‘Volume.’

Manipulate the slider to the desired level, then tap ‘Add.’ Finally, look for the handle on the left of the volume action. Press on it as you drag the action to the top of the list of the routine’s characteristics.

This feature is ideal if you use Alexa to wake you up and know that a superb soundtrack gets you in a happy mood for the rest of the day. It’s also ideal if you’re in the habit of listening to specific genres to relax, such as folk music before bed each night.

These features indicate Amazon’s paying attention to feedback and continuously making its smart features fit the needs and preferences of today’s consumers. And, the fact that all three of these features came out in only one month suggests the company has the team it needs to add more capabilities regularly.

Amazon’s speakers with Alexa are already enticing. However, these new features could make even more people want to buy them — or at least explore how to get more enjoyment out of the Echo or Echo Dot speakers they own.

You can get the Amazon Echo or Echo Dot by clicking these links.

Kayla Matthews is a smart homes and technology writer. She writes about connected tech and gadgets for Digital Trends, Houzz, VentureBeat and TechnoBuffalo. Check out her blog Productivity Bytes to read more of her posts.