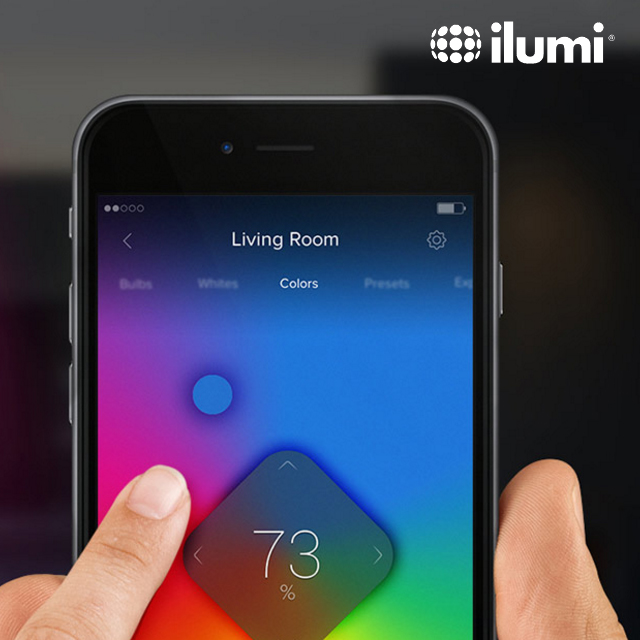 It was the Fall of 2010, and two MBA Classmates had a vision. They dreamed of “making light better,” a dream which became reality after their idea for an app-controlled LED won first place at the Business Idea Competition at the University of Texas in Dallas. That single idea changed their lives forever.

With the $5,000 prize money, Swapnil Bora and Corey Egan funded the company they dubbed “ilumi.” Three years later, the two created crowdfunding campaigns through Indiegogo and Kickstarter – platforms I’ve used myself to fund creative projects, and highly recommend – where the support of 1,500 people worldwide contributed over $200,000 to their vision. The company was also featured on ABC’s Shark Tank (Season 5, Episode 25).

Dave Duncan reviewed ilumi’s smart colored bulb, which you can read here. That bulb has a sweet app, available for both iOS and Android smartphones. You can cycle through any color of the rainbow, set schedules, choose themes (like Sunset), and create colors that exactly match your décor. Ilumi also has a smart white bulb, which I will be reviewing this month – so stay tuned for that. All ilumi products connect to your phone via Bluetooth, and you can share access to the lights with guests and housemates.

ilumi has smart color and white bulbs, smart flood lights for indoor and outdoor use, as well as their smart colored strip lighting (available now for pre-order).

The most recent addition to the ilumi product line is their LED Smartstrip, a colored, smart strip lighting solution. They’re currently taking pre-orders for this product, which was recently funded on Indiegogo. Their crowdfunding video was fun and light, demonstrating the product in its various uses. The video showed the LED Smartstrip as recessed lighting under a bed frame, under counters, behind flatscreens, lining couches – in short, it showed just how creative you can get with the placement of these lights. We’re looking forward to getting our hands on those strip lights for a review.