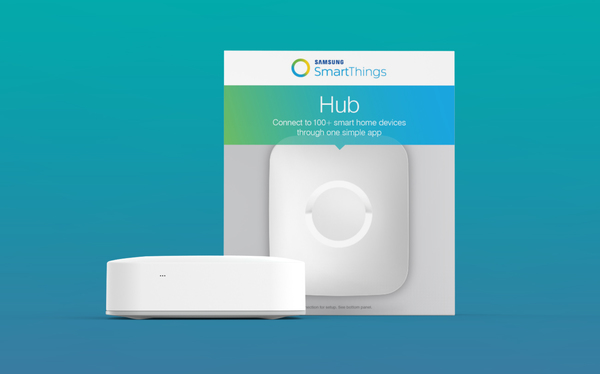 The Smart Home is coming your way, and we want to help out by reviewing some of the hottest, and leading edge products.  I’m pleased to announce some of the reviews we will publish in November and December, starting with this SmartThings Hub!

I tend to think of the SmartThings Hub as primarily a Z-Wave controller, but it does have more capabilities, including Wifi, and the ability to interface with a number of non Z-Wave devices.

I will be creating several other pages this week on a number of the other products that have arrived for review, which,  include one of the Schlage Smart Locks, The Zipato RGBW Smart Lightbulb, a Schlage Security Camera, a water leak sensor, motion sensor, even an alarm, plus:  A Lutron Caseta lighting controller, and with it, an assortment of Lutron dimmers, remote controls and more.  Most of those mentioned are Z-Wave or Wifi devices, not, however the Lutron products.  This feature, though on the SmartThings Hub is more extensive than the other blurbs because “controllers,” of course, interface with all the other items, and inherently have more capabilities and complexities.  Back to the SmartThings Hub:

When it comes to Z-Wave, where much of the smart home action is centered – especially security related such as door locks, window sensors, alarm systems, but also light dimmers, smart wall outlets and more, SmartThings Hub is most likely considered the leading controller (or bridge, or hub- the terms are mostly interchangeable).  One of the things that excites me about reviewing the SmartThings Hub, is that they seem to put far more effort into providing advanced support for many third party products, including, for example, the Zipato RGBW smart bulbs.  I fully believe that gives them a distinct advantage over a lot of the competition, especially those who make a lot of devices and also a controller, but then pretty much ignore 3rd party products.

Seems at least a noticeable amount of the home automation gear out there is coming from small, or even large companies that don’t really have their acts together. No surprise, many are startups raising money on Kickstarter, Indiegogo, etc.  As a reviewer trying to contact them, get product, or even get good support can be challenging.  I mention this, because so far, SmartThings seems to be the best organized company I’m working with in this space.  From initial contact through their PR firm (a major one), to product being delivered, and support contacts being provided, they have proven professional.  That’s a great start.  How did this happen in a company that was founded only back in 2012, and raised their first funding in Kickstarter?  I suspect the fact that Samsung bought them, and that they have provided them with the resources is the key.  That bodes well for SmartThings being a serious player for years to come.

The SmartThings Hub arrived yesterday.  Over the next few days it will be installed in our Dream Home Project and devices added to it, replacing the Nexia Bridge we’ve been using the past few months.  Click for Nexia Bridge review.  It’s just one of a whole batch of home automation gear that has recently arrived, or is inbound.

OK, back to the SmartThings Hub.

As you can see from the images, the SmartThings Hub is a smallish device.  You will connect that to your wifi router by ethernet cable, thus providing the interface so that you can “do your thing” operating your devices using your smart phone, tablet or computer, as well as adding new devices, organizing your devices behaviors (such as “good morning” “good night” and “away.”)  And of course using your devices simply to turn on a light or group of them, monitor your security, etc.

The setup is very straight forward, with the SmartThings App stepping you through the process one photo/video clip at a time.  Pretty easy.

As would be expected, adding devices to the Hub, isn’t always quite that simple.  For one thing, since I’m replacing a different controller, all the wall outlets, dimmers, bulbs, etc., that were talking to our Nexia Bridge (now disconnected), have to be “excluded” – basically reset, so that they aren’t still looking for commands from the Nexia, and then one uses “Inclusion” to add them to the SmartThings Hub.  Typically to perform an exclusion, you need to know the manufacturer’s instructions for that device.  For example, for the Linear brand smart lights that I have, to perform that, just turn the light on and off four times in a 2 second period.  Wall outlets and dimmer switches are typically easier, as they normally have a button for such things, but even then, their manual might tell you to hold the button in for 4 seconds, or, press the button 3 times in a row to “exclude.”

Again, this isn’t the review itself, more of an overview.  I did want to say though, with some help from Jon, I got things going last evening.  Jon, BTW as a Geek Squad person, had come out a few months ago, to help me make my wifi bullet proof.  I talked him into writing an article about that for our site.

OK, so, it was easy to get the Hub plugged into my Linksys AC speed Router, and to configure it.  That’s only a few standard steps, sort of obvious really, but the video and still clips make it downright simple. Jon just plugged everything in without using the help.

While he was doing that, I downloaded the SmartThings App to my phone, and with more easy “walk through” the Hub was configured.  by the time Jon left perhaps two hours after we started (which included also partially watching Thursday Night Football).  In addition to the Hub itself, we had added to the network, a plug in wall outlet, two existing Z-wave outlets (that had to be “excluded” from the old Z-wave network first), two different types of Smart Bulbs, and an in-wall light switch/dimmer.

What to Expect in the full Samsung SmartThings Hub Review

Since I wrote the opening paragraph yesterday, the review process has begun.  I’ll share some tidbits here, and continue to add links to this article, but the review itself will be in our Reviews section, whereas this introduction is a website “Article.”

The review itself will take more than a month to complete, but it will be put up in several pieces over that time  We need at minimum a month, to:

a) Get the overall user experience, as over time, one tends to notice user interface issues, things that just could be done better…

b) It gives us a chance to add more and more devices (from different companies) to the network, thus being able to share more about compatibility and any issues.  Issues such as whether the SmartThings Hub fully supports some devices, rather than only handling the basics.  Limited functionality can be an issue, as we found to be the case, for example, with the Nexia Bridge review, when working with some products, such as Kwikset locks.

As the review gets created, you’ll see screen shots of menus, an overview of how the navigation is set up, to help you more quickly getting the hang of both configuring things, controlling them, and automating things the way you want them to be.

We’ll let you know what frustrated us, what we particularly liked, and how we think this Hub does, in terms of compatibility with devices.  (It will work with not just Z-Wave, but also Wifi, and with other bridges, it can support devices such as Philips Hue lighting, that might use Zigbee, or other protocols.

And we’ll tell you whether it will work with things like Amazon’s Echo, or Apple HomeKit.  (At this point in time, they are not an Apple HomeKit partner. I sure hope the reason for that isn’t because SmartThings is owned by Samsung – we all know how well Apple and Samsung get along based on the years of lawsuits over smartphone features.)

Once the full review is “finished,” that doesn’t mean it stays that way.  We will add and update as needed, covering additional compatibilities, latest major updates, etc.

That’s about it.  Let me conclude by saying that so far, it’s been pretty easy getting this going, but I have gotten stuck on one of the 8 different devices I’ve tackled so far.  That would be the Zipato RGB+W smart bulb.  So far, no luck.  I had limited functionality with them with the Nexia Bridge App, but so far, I can’t get any of my 3 Zipato bulbs to “shake hands” with the Hub.  I’m off to SmartThings support.  I’ll let you know, right here, as soon as that problem is solved, and how.

Thanks, and stay tuned for the SmartThings Hub review, as well as many devices that we have here for review including more smart bulbs, more brands of outlets and dimmers, motion sensors, water leak sensors, video security cameras…the list goes on and on. 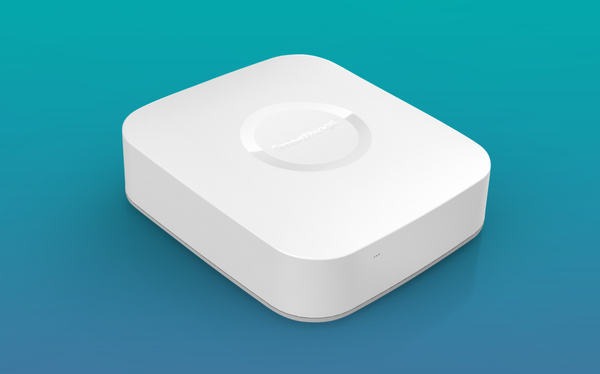 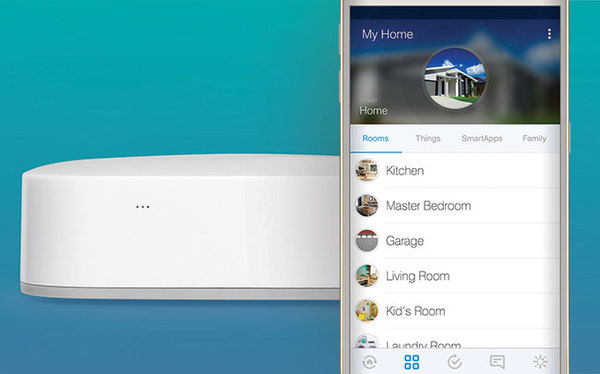 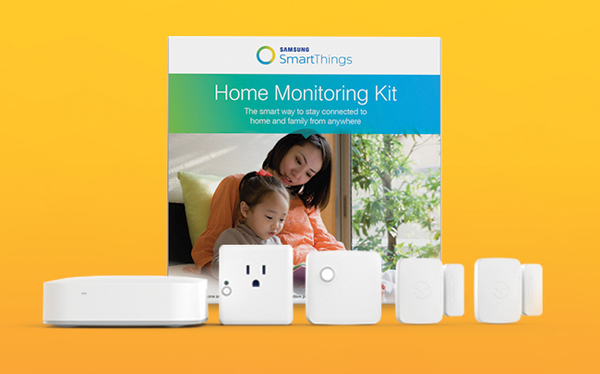