First off, it’s a 4K resolution TV (Samsung also makes 8K TVs, BTW.  And, this huge new 98” has a lot more going for it.  From a “look it up” standpoint, its model number is QN100B.  FYI: QLED stands for Quantum LED. And of course it’s a very Smart TV.

The good folks at Samsung Electronics of America just announced their biggest and brightest consumer QLED TV, and that’s just the beginning of their announcements.  I’m working on finding out the estimated selling price and first shipping date.

It’s super thin – measuring 19mm deep – that’ less than 4/5 of an inch.  Damn!  And it apparently has some serious sound capabilities – claiming a 120 watt 6.4.4 Dolby Atmos surround sound design.  Not impressed yet? There’s more. 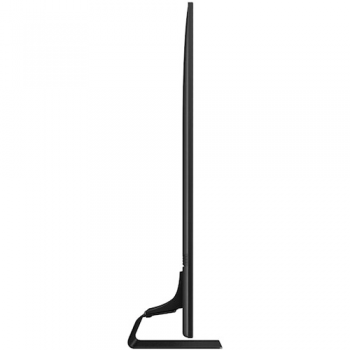 Unfortunately, I couldn’t make it to the CEDIA show this year – A small matter of Hurricane Ian shutting down the airports in our area of Florida.  I would have liked to view the Samsung live, and also hear how well it reproduces sound for movies and music.  (Oh well!) I’m sure I’ll get to see it at the CES show come January 2023, in Las Vegas.   But, let’s get back to this new Samsung smart TV.

As some folks know and others wonder – there are many types of LCD/LED TVs.  I’m not going to get into the differences, except to say when it comes to picture quality Samsungs QLEDs are great, but OLED is, in my opinion, is the best pure picture, because of OLED’s ability to actually reproduce pure black. Samsung’s QLEDs, while not as perfect on blacks, have one truly tremendous advantage over OLED – that is, Samsung’s QLEDs are pretty much about the brightest TVs you can buy.  In fact, Samsung claims that this QN100B Neo is the brightest TV out on the market.  (That’s sure to change over time, of course).

BTW if OLED is your thing, Samsung also announced a new OLED, the S95B.  I’m posting a separate article on it.

Let’s briefly explore the importance of all that QLED brightness.  When the 4K HDTV standards rolled out some years ago, the biggest picture improvement came with to the addition of HDR – High Dynamic Range – designed to give the picture a dynamic look getting close to “real life”.  (The brightness difference between “blacks” and “whites” are the dynamic range of a TV.  The more range, the more “pop” to the picture.  HDR makes a huge difference on many scenes.

To achieve that maximum dynamic look, requires a really bright TV.  The minimum standard for HDR, is measured in something called NITS, with that number being 1000.  Today plenty of LED and LCD TVs still can’t hit that 1000 target, including most OLEDs.  True, the TVs that aren’t that bright are adapted to compensate to handle HDR, but ideally, you want lots of NITS – well beyond 1000 means an even better picture.  I know of no mainstream TV that claims more than this Samsung! 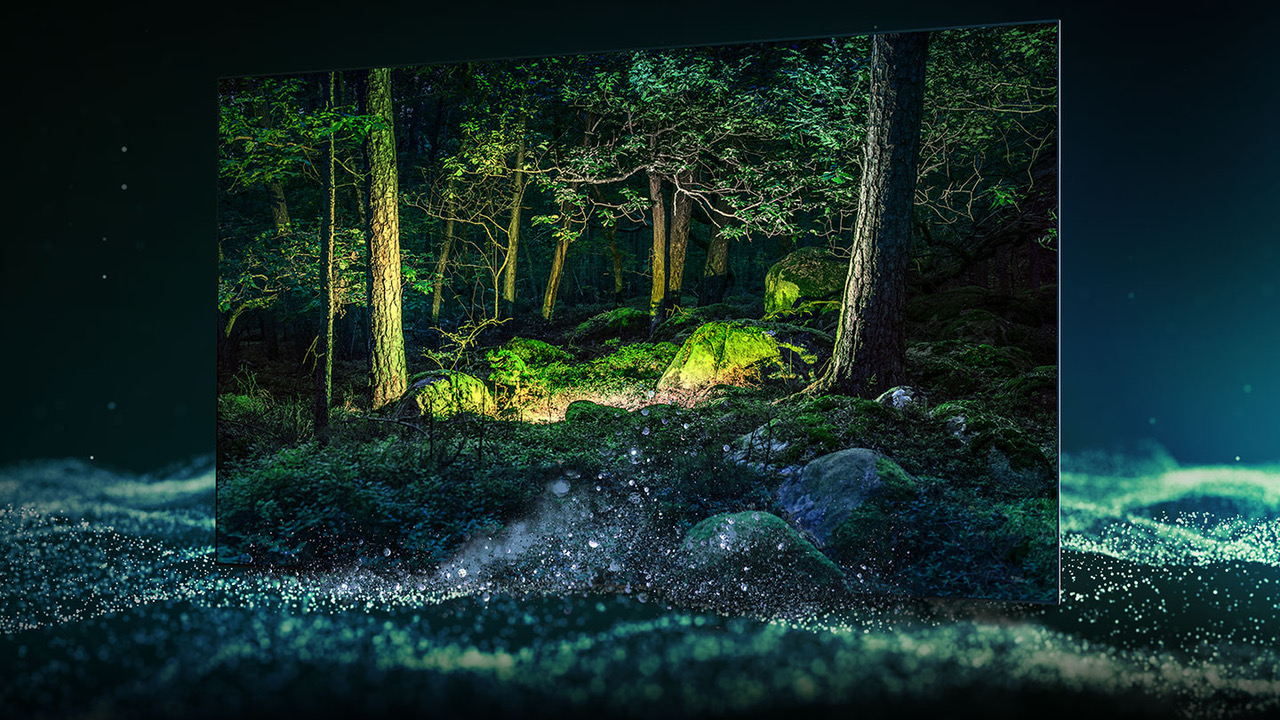 For reference, I have multiple smart TVs of different types in my home – plus I have a projector with 106” diagonal screen, in my “miniature” 11×12 home theater.

In my living room I happen to have a 77” OLED.  I love it, but my room has lots of windows, and glass doors.  For my sunny day football,  or other daytime viewing, I normally close blinds/shades because the glare is a real problem.  My OLED has a bit less than 1000 NITS, making this Samsung dramatically brighter.  I have no doubt that this Samsung Neo 98” QLED would allow viewing effortlessly with my shades and blinds open, even on a sunny day.  That’s a huge advantage over most of the competition.

Folks -combine that massive brightness with its massive picture size – the Neo’s 98” diagonal isn’t much smaller than most projector based home theaters.   Awesome!

If only I knew the price and when it’s going to ship.  I’ll update this article as soon as they provide those specifics, or at least Samsung provided guidance.    Thanks! -art