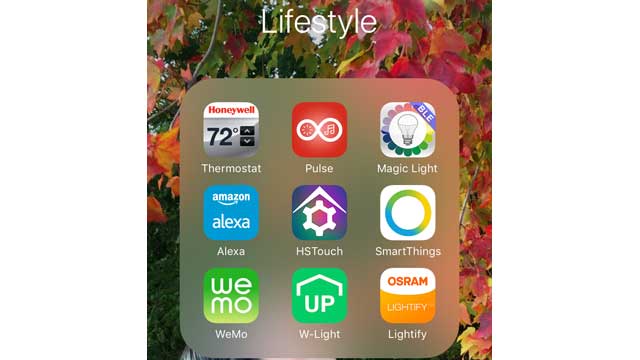 When I chose A to Z Smart Home Ecosystems for a title to this group of articles, it seemed natural, since four  of the major “environments” that I loosely dub “eco-systems” are Apple HomeKit and Amazon Echo, and at the other end of the alphabet are Zigbee and Z-Wave – two major device standards that are widely used.

There is an incredible range of products for the smart home.  Eco-systems can bring together many different devices, say smart light bulbs, a front door lock, a smart thermostat, etc., so that they can be controlled in a similar fashion.  If nothing worked together, you could end up with 20 or more different apps to control your devices, as you purchase your favorite products from various manufacturers.  For the DIY types that might be OK, but most people want simplicity.

In this discussion, I plan to touch on two types of eco-systems (or at least that’s how I describe them).

I want to talk about some of the benefits and limitations that these offer.  Call it “big picture stuff,” as opposed to the details found in our reviews.

One type are what I’ll call “standards type.”  In terms of home automation, the best known ones are Wifi, Z-Wave, Zigbee, and Bluetooth.  An example:  The SmartThings Hub that is currently a key part of our home’s automation (being reviewed now)  supports Z-Wave, Wifi, and Zigbee.  One of our reviewers, Dave, is posting his review today of the Wink Hub, which goes one better and also supports Bluetooth.  Others, like the Homeseer I started with, and the Nexia I reviewed last fall, are just Z-wave (and of course Wifi, because without wifi, we can’t operate these devices from our phones and tablets.

The other type are primarily the Voice controlled, personal assistant types.

Controlling Many Devices with One Solution

Sure, you can install lots of smart devices, outlets, dimmers, thermostats, lights, sensors, etc, from lots of different companies.  For those that are Zigbee, Wifi, Bluetooth, normal is that each has an app.  For Zigbee devices, though, many come with their own individual “bridge” (hub), such as Philips Hue lighting.  The Hue bridge supports up to 50 lights, but you can’t run any of the lights without a bridge (although its possible for some hub to have a compatible “bridge” integrated into it).

Z-wave devices are less “stand alone” in that you must use them with a Z-Wave capable Hub, that’s not specific to any brand of devices.  You might have devices from 20 different companies all controlled by one Z-Wave hub and it’s App.  Just remember that all Z-Wave hubs “are not created equal” in terms of device support.

You should see my iPhone, with all the gear that comes through here, I definitely have more than 25 home automation apps (and the number keeps growing).

But the good news, is, I only have to use a few different apps in my home, despite the diversity of gear I have. The bad news is that when using a “master app” such as the app that comes with a Z-wave hub, you don’t always get all, or most of the capabilities out of some individual devices.

No matter what mix of these protocols – Wifi, Bluetooth, Insteon, Z-Wave, etc., once you have these devices set up and working, there’s another alternative to using Apps, (for operating your smart home gear – not for doing setup) and that is one of the personal assistant type eco-systems.  I’ll get into more depth about the Z-Wave’s and Wifi’s later, but since this is “A – Z,” I will lead with the personal assistants, since the two best known are the  A’s – Apple Siri and Amazon Alexa.

Note that there are also non-voice controlled eco-systems (app based) designed to integrate most of your devices – usually lesser known companies, but we’ll deal with that path, another time.

Try this links for more on voice control and eco-systems for home automation: